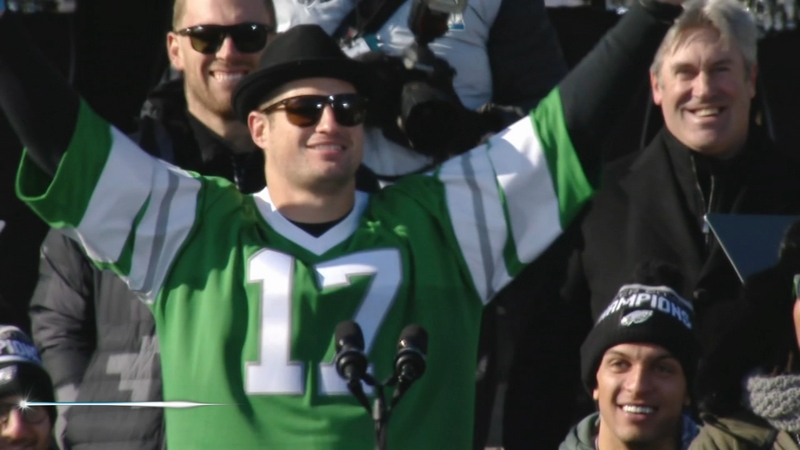 "It has been an amazing journey -- a journey that is now coming to an end," he wrote on the team's website. "It's a big decision, but it's not a tough one: Though I know I'm still capable of playing football at a high level, and though I had offers to continue my NFL career, my heart told me that this was the time."

"The bottom line was this: When I thought long and hard about the prospect of putting on another uniform, it just seemed wrong. In the end, I couldn't do it. My career began, and ended, with the Philadelphia Eagles - and man, did we go out in style."

Celek spent all 11 years of his pro career in an Eagles uniform. A modern-day ironman, he missed just one game over that time, and that was because he couldn't pass concussion protocol on a short week in 2012. His workmanlike approach was a perfect match for blue-collar Philadelphia. The organization held him up as an example of what it wanted its players and team to represent.

"Brent Celek embodies everything it means to be a Philadelphia Eagle," said Eagles Chairman and CEO Jeffrey Lurie via statement. "He will obviously be remembered as one of the most accomplished tight ends in Eagles history, but his impact on our franchise goes far beyond the statistics he compiled over the course of his career. Brent was one of the toughest, smartest, and most selfless players who has ever stepped on the field for us."

The 33-year-old Celek has drawn some interest since being released by the Eagles in the spring, but nothing that swayed him from altering the storybook ending to his career. The last time he took the field as a pro was against the New England Patriots in Super Bowl LII, helping the Eagles deliver Philadelphia its first Lombardi trophy.

Loyal to Philly, he recently told 97.5 The Fanatic that he wouldn't play for the rival Dallas Cowboys even if they offered $10 million.
"The bottom line was this: When I thought long and hard about the prospect of putting on another uniform, it just seemed wrong," he wrote. "In the end, I couldn't do it. My career began, and ended, with the Philadelphia Eagles -- and man, did we go out in style."