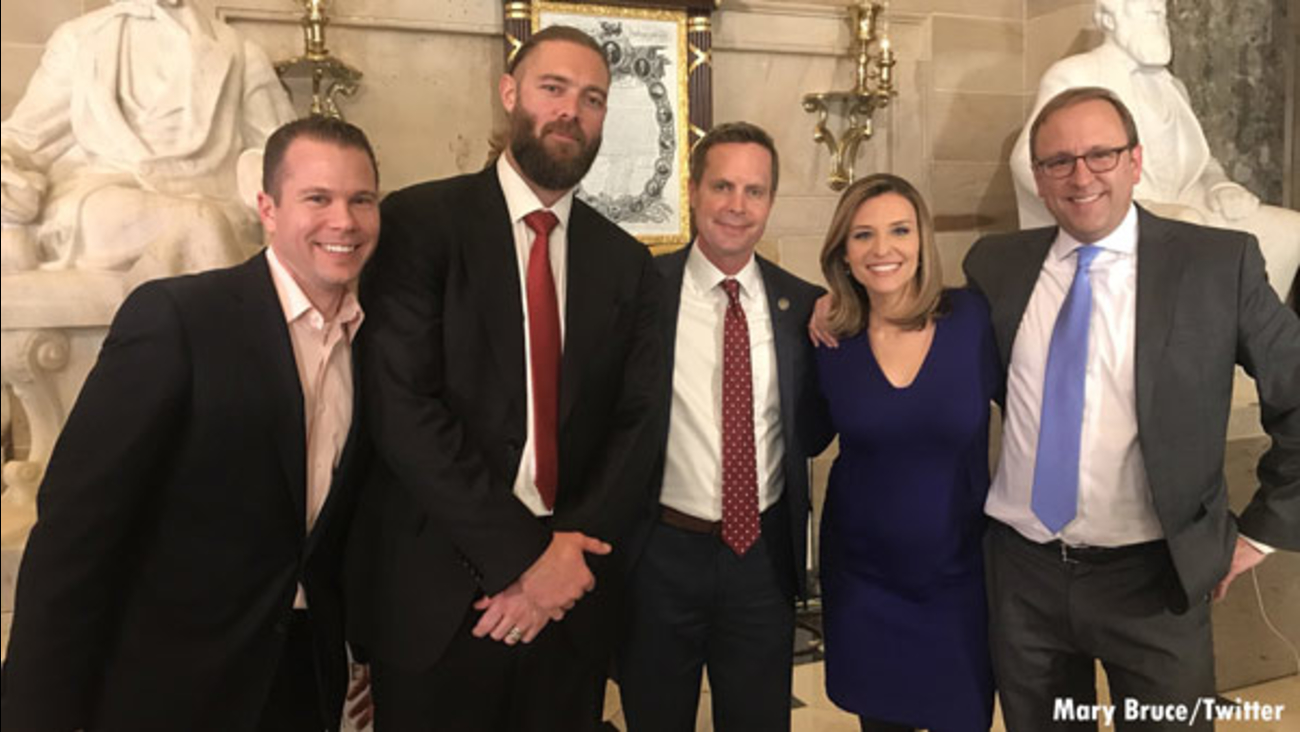 Former Philadelphia Phillies outfielder Jayson Werth was one of the many guests who attended President Donald Trump's first State of the Union address.

Werth was a guest of Representative Rodney Davis.

Werth, who played the last several years for the Washington Nationals, said he has an organic farm in Davis' district.

Asked if he was a Trump supporter, Werth said he was a moderate.

"I'm just spreading my wings a little bit," he said.

In an interview after the State of the Union with C-SPAN2, Werth, who was with Davis and lobbyist Matt Mika, said, "I didn't really know what to expect. This was my first time I've ever done anything like this. I've been working with these guys with organic farming and do some stuff with the farm bill. I was really inspired. I felt it was a great time to be an American. I thought President Trump did a great job. He hit all the points. He spoke really well. I was inspired."

WATCH: @RodneyDavis and his #SOTU guests - Nationals’ Jayson Werth and lobbyist Matt Mika, who was shot during the GOP congressional baseball practice (Davis was also at that practice) - take pics as they walk thru Stat Hall to House chamber pic.twitter.com/Sxu25va0IM

Heading over to the Capitol with Jayson Werth to do interviews before the #SOTU pic.twitter.com/oby37T9VMZ

Never know who you’re going to run into at #SOTU. Jayson Werth is a pretty decent baseball player for someone who never played for the @Mets! #LGM pic.twitter.com/AVfHXkMxi5

When my guest, Jayson Werth, isn't in the outfield ⚾️, he is out in his field 🌱and advocating for #IL13 ag🌽. We hope to hear about ag and other important rural issues in tonight's #SOTU https://t.co/ATR1iG0pOj

Werth was a member of the 2008 World Series Championship Phillies team.