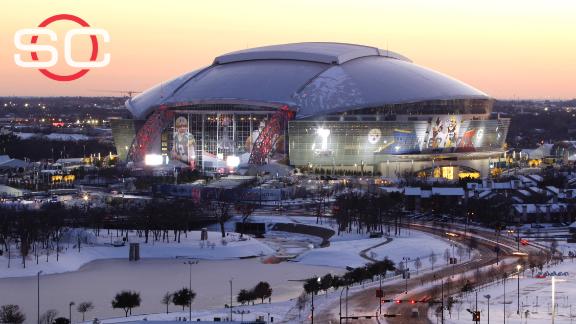 That smile on Jerry Jones' face after Sunday night's comeback victory won't be disappearing anytime soon after Forbes magazine, in its annual NFL team valuations, estimated the Dallas Cowboys are now worth $4 billion.

Jones bought the team in February 1989 from H.R. "Bum" Bright for $140 million. Factoring for inflation, the value of the Cowboys has jumped 1,382 percent based on Forbes' new valuation.

Forbes says the average NFL franchise is now worth $2 billion, a 38 percent increase from last year that is due in part to a $39 million increase in national television rights fees shared among all teams.

The Cowboys became the most valuable sports team by passing Real Madrid ($3.26 billion). The Patriots and New York Yankees ($3.2 billion) are tied for third, with FC Barcelona rounding out the top five at $3.16 billion.