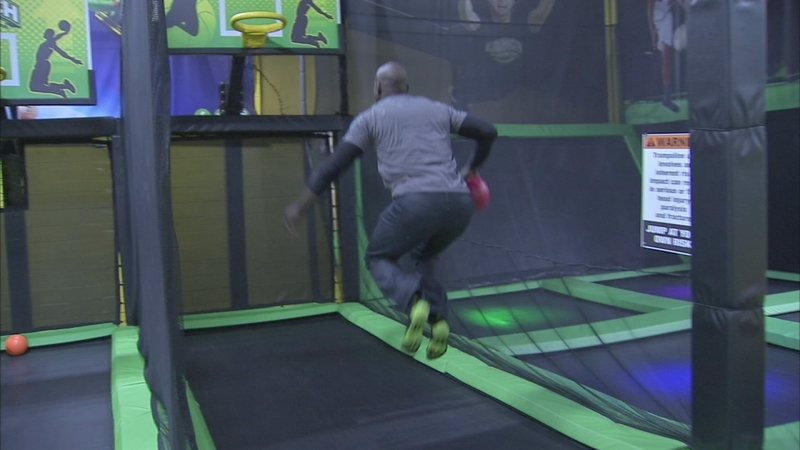 DEPTFORD TWP., N.J. (WPVI) -- As an Eagles receiver, Jason Avant was known for his sure hands, not his mad hops.

He's about to change that.

On Saturday, Avant will officially cut the ribbon on his brand new trampoline park, Launch, in Deptford, New Jersey.

"I always knew football wouldn't last forever. I enjoyed my time in Philadelphia, I enjoyed my time playing, and I'm thankful and grateful, but I knew it was just a means to get me to the place that I wanted to be, which is
an entrepreneur," said Avant.

It was a leap of faith years in the making. During his off seasons, Avant would work in the Newark, Delaware, location of Launch to learn the ins and outs of owning his own business.

And his own location is the product of two years of planning coming to fruition.

"And that drive, that want to be the best, that fire, that passion, it never goes away, and I don't think it ever will," said Avant. "So yes, do I want to do better than every other trampoline park in the world? Yes, I do."

Unfortunately, Action News sports anchor Jamie Apody was unable to participate in any of the activities at Launch, but Avant was happy to show us some stuff.

"Though it's called trampoline park, there is a lot in this park. We have an indoor playground, we have rock climbing, we have an interactive light system, ninja course, arcade, whatever you can think of," said Avant