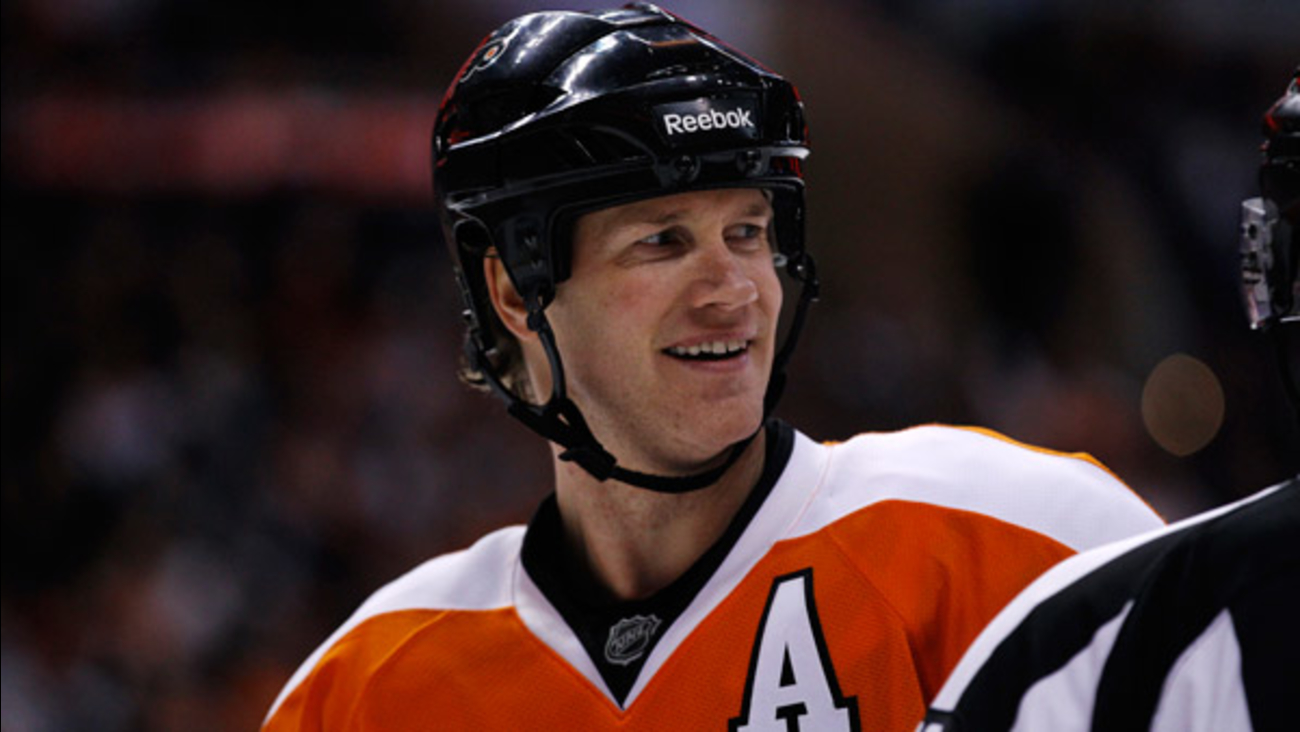 Pronger is one of seven individuals who will be officially enshrined at the Hockey Hall of Fame induction ceremonies in Toronto on Monday, November 9.

"We would like to congratulate Chris on his very deserving election into the Hockey Hall of Fame," said Flyers president Paul Holmgren in a statement.

Pronger joined the Flyers in June 2009 and helped the team reach the Stanley Cup Final in the 2009-10 season.

Pronger was a member of the 2007 Stanley Cup Champion Anaheim Ducks.

Coyotes reach deal with Flyers, approach cap floor
In what appears to be a move to get the Coyotes to the cap floor, Arizona acquired Nicklas Grossmann and Chris Pronger's contract from the Flyers for Sam Gagner and a conditional pick.

Pronger becomes the 11th person to be inducted into the Player category after spending a portion of his career playing for the Flyers.

He also becomes the fourth former Flyers captain to be inducted into the Hockey Hall of Fame, joining Peter Forsberg, Bob Clarke and Bill Barber.

While not officially retired, Pronger is no longer active because of concussion issues that ended his career.

Last week, Arizona Coyotes acquired veteran defenseman Nicklas Grossmann and the contract of Pronger from the Flyers in exchange for Sam Gagner and a conditional fourth-round pick in 2016 or a third-round pick in 2017.