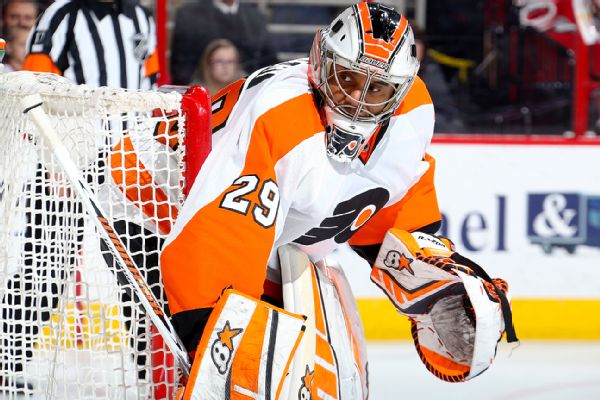 ESPN
By Emily Kaplan
Former NHL goaltender Ray Emery drowned while swimming in his hometown of Hamilton, Ontario, on Sunday. He was 35.

According to the Hamilton Police Department, Emery was reported missing just after 6 a.m. Sunday in Hamilton Harbour, which is on the western tip of Lake Ontario. His body was recovered in proximity to where he was last seen later in the afternoon, police said.

Inspector Marty Schulenberg said that the drowning does not appear to be suspicious. He said first responders were not able to locate Emery right away so they called the dive unit. The search took longer than anticipated because of concerns for the dive team.

"It's a lengthy process and safety is paramount to our divers," he said. "We need to take the time do it safely and that's what the delay was."

A post-mortem was to be completed Monday.

"Mr. Emery was taking a swim this morning and the circumstances around that are a part of the investigation," Schulenberg said. "Those details remain to be uncovered by our investigators."

"They went out for a swim, and unfortunately, he did not emerge after diving in," police Inspector Marty Schulenberg told The Hamilton Spectator. "We responded along with Hamilton Fire and EMS. Unfortunately, our efforts on the water and in the area just around the piers were met with negative results."

Emery was an Ottawa Senators fourth-round draft pick in 2001. Over 11 NHL seasons, he played for the Senators, Philadelphia Flyers, Anaheim Ducks and Chicago Blackhawks. Nicknamed "Razor" for his aggressive style, Emery helped the Senators to the Stanley Cup Final in 2007 and won a Stanley Cup with the Blackhawks in 2013 as a backup to Corey Crawford.

He last played in the NHL in 2014-15 for the Flyers, though he played one more professional season in the American Hockey League and in Germany's DEL. He had a career NHL record of 145-86-28 with 16 shutouts and a 2.70 goals-against average.

Emery dealt with off-ice problems throughout his career, including an incident of road rage, assault of a trainer in Russia and behavior that led to him being sent home from Ottawa's training camp.

"On behalf of the Ottawa Senators, I wish to express my sincere condolences on the passing of Ray Emery," Senators owner Eugene Melnyk said in a statement. "Ray was instrumental in our run to the 2007 Stanley Cup Final, and at his best, he brought a competitive edge and combative mentality to the game. On behalf of our entire organization, I wish to extend my deepest sympathies to Ray's family, friends and loved ones."

The Flyers said in a statement that they are "stunned and extremely saddened."

"Ray was an outstanding teammate and an extremely gifted goaltender," the statement said. "He had an exceptional athleticism, was a fierce competitor and battled in every game he played with the Flyers. His performances throughout the 2009-10 season were a very big part of the team's success in making the playoffs and reaching the Stanley Cup Final."