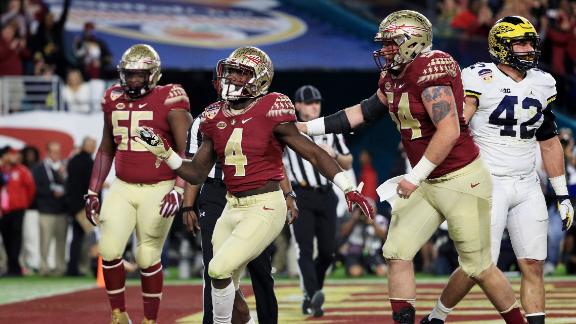 ESPN's Mel Kiper Jr. and Todd McShay both rate Cook as the No. 2 running back in the 2017 draft class.

Cook, a unanimous All-American, wrapped up his college career by winning Orange Bowl MVP honors. He rushed for 145 yards and gained 207 total yards in a 33-32 victory over Michigan on Friday night.

"Last night was the best game of my life. Unbelievable," Cook said Saturday during a live video announcement on Instagram. "These last three years at Florida State was the best three years of my life, man. After much consideration, I just want to tell everybody I will be taking my talents to the 2017 NFL draft."

Cook, who rushed for 4,464 yards in his three seasons, showed no ill effects from offseason shoulder surgery. He was the centerpiece of the Florida State offense, breaking his own school single-season rushing record with 1,765 yards and 19 touchdowns -- the most among Power 5 conference running backs. He averaged 6.1 yards per carry.

His 135.8 yards per game are seventh in the Football Bowl Subdivision and third among Power 5 conference backs.

"These last three years were the best of my life," Cook said. "It's an unbelievable feeling right now. I can't describe it. It is only up from here."

"He's always part of this family. He'll never not be part of this family, and we want the best for him," FSU coach Jimbo Fisher said after Friday night's game, when asked whether he thought Cook might return for his senior season. "[If Cook declares], whoever drafts him will be the luckiest team in the world. Somebody is going to be happy."

Cook not only presents a threat on the ground but also has become a consistent pass-catcher for the Seminoles this season. He finished third among Florida State's receivers with 33 catches. Twice he topped 100 receiving yards in a game.

He's the only player in ACC history to finish with more than 4,000 rushing yards in three seasons and just the second overall to reach that mark.

"Dalvin is a slasher at the highest level, at the best level," Michigan coach Jim Harbaugh said before the Orange Bowl. "[He's] tough, breaks tackles, runs through tackles, low, athletic -- does it all."

ESPN's Jared Shanker and The Associated Press contributed to this report. 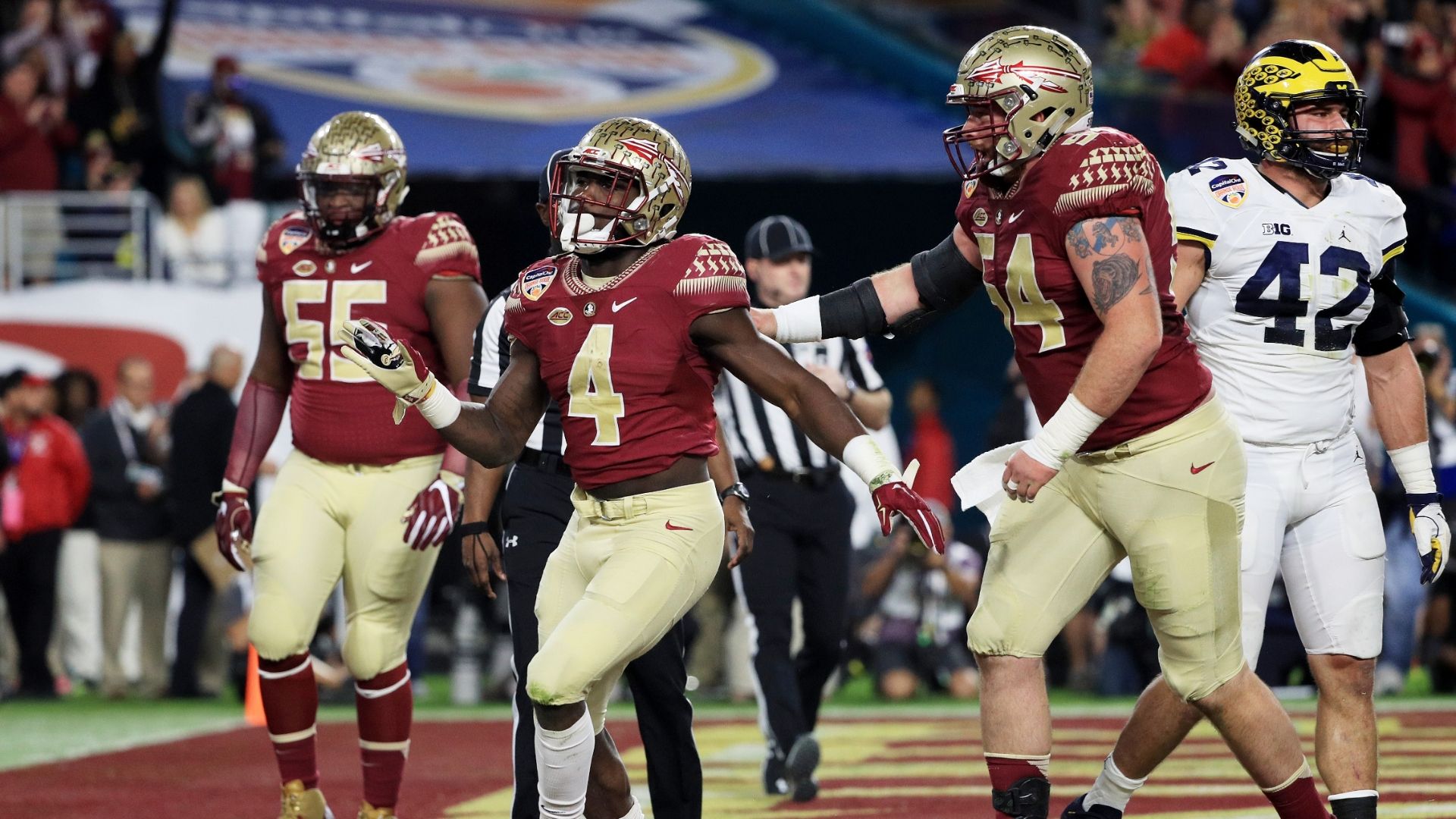 Florida State prevails to stop Michigan in Orange Bowl
Florida State withstands a thrilling Michigan comeback with Dalvin Cook totaling 207 yards and Deondre Francois teaming up with Nyqwan Murray for the winning touchdown in a 33-32 Capital One Orange Bowl victory.