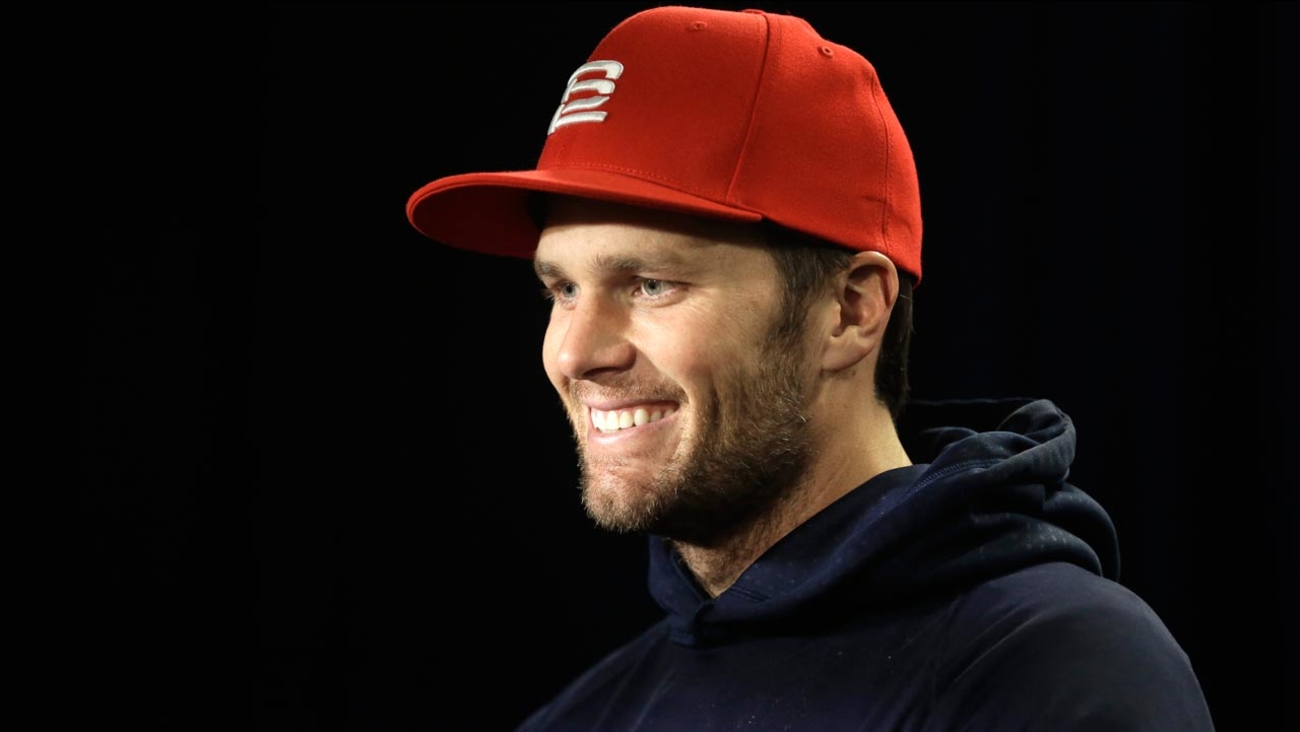 FOXBOROUGH, Mass. -- Jameis Winston and Matthew Stafford each threw five touchdown passes against the Philadelphia Eagles in the past two games.

The reigning Super Bowl MVP will lead the no-longer-unbeaten New England Patriots (10-1) against Philadelphia on Sunday, and the biggest question is how many of his favorite options will be on the field against the porous Eagles defense.

Wide receiver Danny Amendola could be back, but tight end Rob Gronkowski is likely to miss the game with a bruised knee, Julian Edelman is still recovering from a broken foot and Dion Lewis is out with a torn ACL.

"Did they lose Brady?" Eagles coach Chip Kelly said sarcastically. "Because that I think would really, truly affect them. And I think it really just speaks to how good of a football player Tom is and the fact that they have had a lot of moving pieces around him. For them, it's that next-man-up mentality, which it really helps when he's the guy pulling the trigger."

Brady led New England to 10 straight victories to open the season - counting last season's Super Bowl run, his fourth, that's 13 wins in a row. In fact, take away a meaningless season-ending game against Buffalo in 2014, and the Patriots went 51 weeks without losing.

And they haven't lost two games in a row since September 2012.

"It's been a long time since we've lost a meaningful game," Brady said this week. "And when that game ends, you've got to, as fast as you can, turn the page and move on. ... You really put everything you can into it, 100 percent of your energy and emotion, and then you go out and you try to do it again."

The Patriots insisted all along that going undefeated was not their goal. And there's no question that they would rather take the loss now than at the end of the season - like they did in 2007, when they went 16-0 in the regular season and added two playoff victories before losing to the New York Giants in the Super Bowl.

"If you go the whole season without experiencing a loss or having to fight back from adversity, you never really get to check the true character or grit of that team," defensive lineman Alan Branch said.

"For us to get the loss right now, we get the taste of how defeat feels and everybody in this locker room hates the way that tastes. I think everybody's going to do what it takes to make sure we don't taste that taste again."

Here are some other things to look for in Sunday's game:

BRADFORD'S BACK: Philadelphia (4-7) is expecting quarterback Sam Bradford to return after he missed the past nine quarters with a concussion and shoulder injury. The Eagles have lost three straight and were outscored 90-31 in a five-day span against Tampa Bay and Detroit, teams that are otherwise 7-13.

Bradford has been listed as a full participant in practice this week.

"It's not anything that we're like, 'Wow, that didn't go well,'" Kelly said. "He did a nice job but, again, we need to continue to see him progress."

STAKES: Despite their struggles, the Eagles are only one game back in the NFC East. After New England, Philadelphia plays Buffalo and Arizona before finishing up with division games against NFC East rivals, and co-leaders, Washington and the New York Giants (both 5-6).

The Patriots could clinch the AFC East - their 12th division title in 13 years - with a victory and a loss by the New York Jets. New England would clinch a playoff berth if it wins and the Steelers or Chiefs lose.

"We've got to try to outsmart Brady," Rowe said. "He's unbelievably smart. He is the best quarterback I've ever seen. All we can do is just study film, study him up and try to out-scheme him."

FAMILIAR FOES: The Eagles and Patriots held joint practices in the preseason in 2013 and 2014. Kelly said it won't help his team this week partly because the Patriots won't have the same players they did in those sessions.

"The one thing Bill (Belichick) does, and does a great job of, is implementing a scheme with what players are available to him," Kelly said. "When we go to those sessions, it was just to get quality work against a really good team. We didn't have guys standing around watching. Their guys were working, our guys were working."

REINFORCEMENTS: With their receiving group losing members weekly, the Patriots signed former Eagle and Texan Demaris Johnson this week. Johnson has 52 catches in 43 games for 601 yards one touchdown. He also returned kicks and punts.