Giancarlo Stanton on HR Derby: 'If I'm asked, I'll do it' 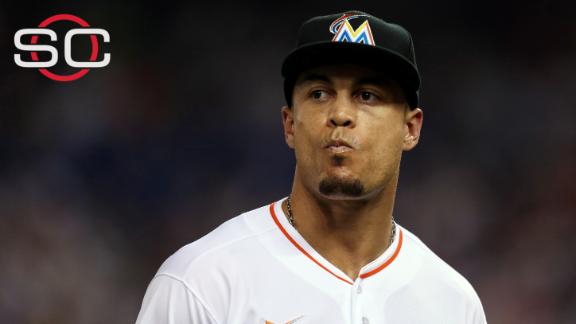 Miami Marlins outfielder Giancarlo Stanton is willing to participate in the 2015 Home Run Derby. He just needs to be asked.

"If I'm asked, I'll do it," he said Friday before the Marlins' 5-0 loss to the Cincinnati Reds at Great American Ball Park.

Stanton, the majors' home run leader at 25, was ousted in an upset by Reds third baseman Todd Frazier in last year's derby semifinals, with Yoenis Cespedes winning the title for the second straight year. Frazier is not far behind Stanton with 22 homers this season.

Stanton, who has hit four home runs in his past 10 games, went deep twice in 10 at-bats over three games last season in Cincinnati. He went homerless in each of the prior two seasons in the two road series, which totaled seven games.

"I find myself trying to make too much of the little park in previous years," Stanton told the Cincinnati Enquirer. "Last year I finally calmed down a little bit when I'm here. You get super-excited and by the time your three games are up, you have no homers and nothing hit to the wall. Then your next series you hit five balls that would have been out here -- that's what I feel like I used to do. I've kind of calmed it down a little bit."