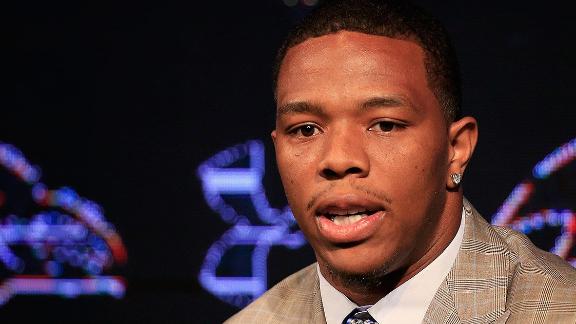 "Someone who has domestic abuse in their background, it's going to be tough for them to be considered a Raven," Newsome said Tuesday in the annual State of the Ravens news conference.

This stance probably means the Ravens won't pursue three draft prospects -- wide receiver Dorial Green-Beckham, Florida State running back Karlos Williams and Michigan defensive end Frank Clark -- who have allegations of abuse against women in their past. It also likely means the Ravens would not be interested in Chicago Bears wide receiver Brandon Marshall if he is released because of his domestic violence history.

"The one area where we will definitely take a hard look and it will be tough for us to bring a player to Baltimore is someone that has domestic abuse in their background," Newsome said. "Other than that, we will exhaust every character aspect of a player. But we believe in allowing the information to lead us to a decision."

Team officials said the Ravens and the NFL didn't treat domestic violence with the degree of seriousness that the issue deserved last year.

"We were treating domestic violence the same we did a bar fight, and that was a mistake," team president Dick Cass said. "That was wrong. I think the league has recognized that. We certainly recognized that. That's an offense that will be treated very differently going forward."

In August, Ravens entered into a three-year partnership with the House of Ruth, one of the nation's leading centers for helping victims of domestic violence. The agreement included a $600,000 donation from the team, training for the players and staff and promotional work on behalf of the centers for abused women and children.

While the Ravens aren't interested in adding players with domestic violence in their past, it remains to be seen whether another team will sign Rice this offseason. Newsome said he couldn't predict what the other 31 teams would do.