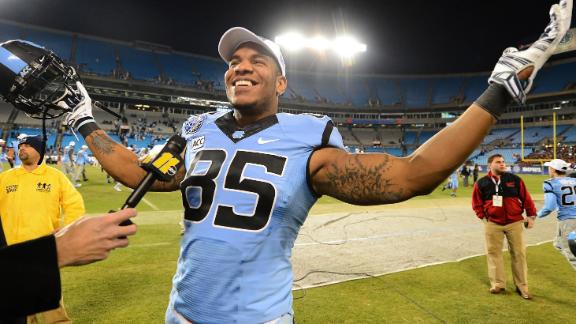 Rice's arraignment for third-degree aggravated assault is scheduled for Thursday in New Jersey, and his legal situation may not be resolved before next month's draft. He was arrested and charged on Feb. 15 after a physical altercation with his now-wife, Janay Palmer, at the Revel Casino and Hotel in Atlantic City, N.J.

Newsome indicated that the Ravens were talking about adding one or two running backs even before Rice's incident. Rice is coming off a season in which he averaged a career-worst 3.1 yards per carry, and backup Bernard Pierce has dealt with injuries the past seasons.

"We feel like we needed to add some depth at that potion coming out of the 2013 season," Newsome said.