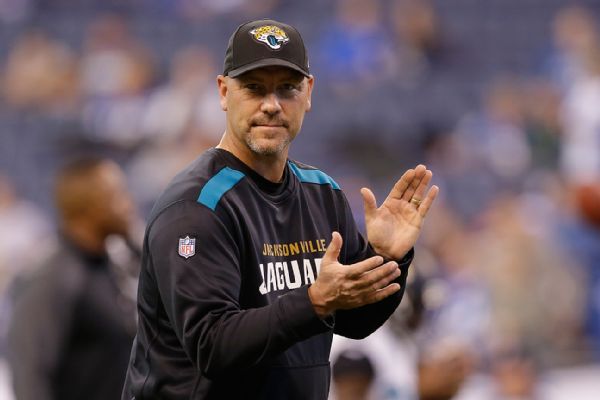 The Los Angeles Chargers have agreed to terms on a contract with Gus Bradley to be their defensive coordinator, a source told ESPN's Adam Schefter.

Bradley, who was fired as Jacksonville Jaguars coach in December with two games left in his fourth season, was a hot commodity as a defensive coordinator candidate. He also drew interest from the Washington Redskins and San Francisco 49ers

Bradley, 50, interviewed with the Chargers earlier this week, and they were hopeful he would eventually accept their offer.

The addition of Bradley means the Chargers could be switching from a 3-4 defensive scheme to the 4-3 that Bradley ran in Jacksonville and in Seattle.

Bradley was Seattle's defensive coordinator from 2009 to 2012. The Seahawks led the league in fewest points allowed in Bradley's final season on staff, giving up just 15.3 points per game.

Bradley will see some familiar faces in Los Angeles. Nose tackle Brandon Mebane and linebacker Korey Toomer both played under him in Seattle.