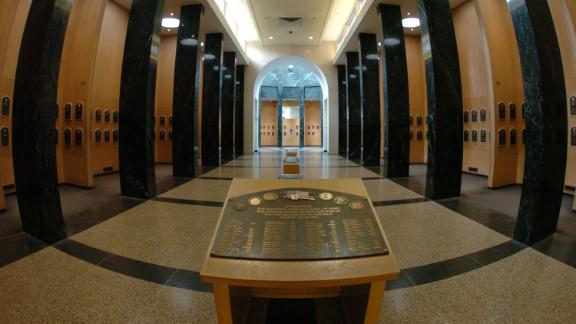 COOPERSTOWN, N.Y. -- Barry Bonds, Roger Clemens, Sammy Sosa and Mark McGwire will have less time to remain eligible for the Hall of Fame ballot under changes made Saturday.

The Hall of Fame's board cut a player's eligibility from 15 years to 10, which gives McGwire a maximum of two more appearances on the writers' ballot. Bonds, Clemens and Sosa, shunned so far along with other Steroids Era stars, can be considered up to eight more times each by the Baseball Writers' Association of America.

Clemens, a seven-time Cy Young Award winner, dropped from 37.6 percent to 35.4 last year in his second ballot appearance, well short of the 75 percent needed for election. Bonds, a seven-time MVP and baseball's career home runs leader, fell from 36.2 percent to 34.7.

This is just the second change in voting rules since 1985, when the 5 percent threshold for remaining on the ballot was instituted. In 1991, players on baseball's permanent ineligible list were barred from the ballot, a move that prevented career hits leader Pete Rose from being considered. Rose agreed to a lifetime ban in 1989 after an investigation by Major League Baseball concluded he bet on the Cincinnati Reds to win while managing the team.

Members of the BBWAA for 10 consecutive years at any point are eligible to vote. Under another change announced Saturday, eligible voters will be required to complete a registration form and sign a code of conduct, and their names will be made public, but not their individual votes.

Dan Le Batard, an ESPN host and Miami Herald columnist, was kicked out of the BBWAA for one year and barred from future Hall votes in January after he turned over his 2014 ballot to a website that allowed readers to choose the selections.

Hall Of Fame Cuts Election Eligibility
The Baseball Hall of Fame's board has decided to cut a player's eligibility from 15 years to 10.