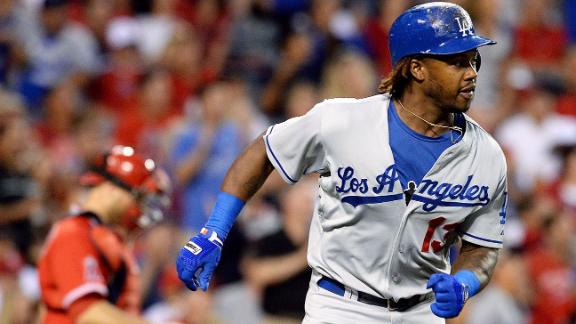 The Boston Red Sox agreed with Hanley Ramirezon Monday on a four-year, $88 million deal with a vesting fifth year for an additional $22 million, according to a major league source.

Ramirez, who will turn 31 on Dec. 23, has primarily played shortstop throughout his 10-year career but has also told teams he would be willing to change positions.

Ramirez was originally projected as a fall-back plan for the Red Sox in the event they were unable to sign the switch-hitting Pablo Sandoval. Sandoval reached agreementwith the Red Sox on Monday, sources told ESPN, after choosing among offers from Boston, theSan Francisco Giants and San Diego Padres. All three offers were believed to be for five years and at least $90 million.

Ramirez rejected the Los Angeles Dodgers' $15.3 million qualifying offer earlier this month to become a free agent. Ramirez won the 2009 batting title and led the NL with a 1.040 OPS in 2013 (among hitters with at least 300 plate appearances).

Ramirez's defense at shortstop has suffered in recent years, which makes it highly implausible the Red Sox would give up on 22-year-old shortstop Xander Bogaerts, who is regarded as highly as Ramirez was after he signed with the Red Sox in 2000, as a teenager in the Dominican Republic.

The Red Sox already have a logjam in the outfield, though, with potential starters in Yoenis Cespedes, Rusney Castillo, Mookie Betts, Shane Victorinoand even Allen Craig, with Jackie Bradley Jr. potentially in reserve. The signing of Ramirez to play the outfield would suggest the Red Sox are making plans to trade an outfielder, with Cespedes, who is a year from free agency, a leading candidate.

Information from ESPN.com's Mark Saxon was used in this report.

SweetSpot TV: Sox Hot Stove Heating Up
Eric Karabell and David Schoenfield discuss what the additions of Pablo Sandoval and Hanley Ramirez could do for the Red Sox and how this may affect future deals.

Buster's Blog: Hanley In The Outfield?
Buster Olney takes a look at how the Red Sox plan to use Hanley Ramirez and which former Boston player Ramirez could seek out for some advice.