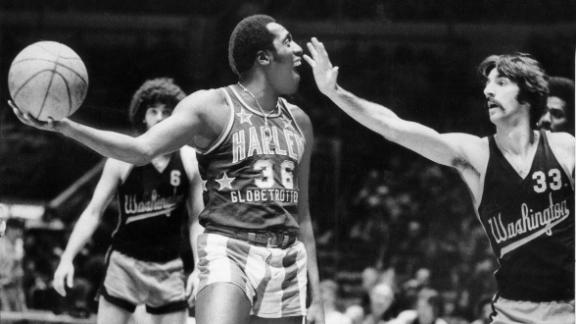 Meadowlark Lemon, the "Clown Prince of Basketball" who entertained fans as a member of the Harlem Globetrotters for 24 years, died Sunday in Scottsdale, Arizona, the team announced. He was 83.

No cause of death has been given.

Lemon, who was inducted into the Naismith Memorial Basketball Hall of Fame in 2003, joined the Globetrotters in 1954 at age 22 and stayed with the traveling show until 1978, appearing in more than 16,000 games in more than 100 countries.

Though skilled enough to play professionally, Lemon instead wanted to entertain, and his dream of playing for the Globetrotters began after watching a newsreel of the all-black team at a cinema house when he was 11.

Lemon ended up becoming arguably its most popular player, a showman known as much for his confetti-in-the-water-bucket routine and slapstick comedy as his half-court hook shots and no-look, behind-the-back passes.

"My destiny was to make people happy," Lemon said in 2003 as he was inducted into the Hall of Fame as a contributor to the game.

He is one of only five Globetrotters to have their numbers retired since the team was founded in Chicago in the 1920s.

"For a generation of fans, the name Meadowlark Lemon was synonymous with the Harlem Globetrotters," said Globetrotters CEO Kurt Schneider. "He was an incredible entertainer and brought happiness and lifelong memories to millions around the world. We have lost a great ambassador of the game."

Lemon also received the John W. Bunn Award in 2003 for his outstanding lifetime contributions to basketball.

He played for the Globetrotters during the team's heyday from the mid-1950s to the late-1970s, delighting fans with his skills with a ball and a joke. Traveling by car, bus, train or plane nearly every night, Lemon covered nearly 4 million miles to play in front of popes and presidents, kings and queens. He averaged 325 games per year during his prime, that luminous smile never dimming.

"Meadowlark was the most sensational, awesome, incredible basketball player I've ever seen," NBA great and former Globetrotter Wilt Chamberlain said shortly before his death in 1999. "People would say it would be Dr. J or even [Michael] Jordan. For me, it would be Meadowlark Lemon."

"Anytime someone that was a pioneer or anyone that has given so much to the game kind of releases from our brotherhood and our fraternity, it's definitely a sad day, so prayers and best wishes to the family," LeBron James said.

The Globetrotters said on Twitter that they'd dedicate the team's 90th anniversary tour to Lemon and former teammate and fellow Hall of Famer Marques Haynes, who died in May.

During his time with the team, Lemon appeared in movies, including "The Fish That Saved Pittsburgh"; several television shows and specials, including "ABC's Wide World of Sports," "The Ed Sullivan Show" and "The Harlem Globetrotters Popcorn Machine"; an animated version of Lemon also appeared on "The Harlem Globetrotters" cartoon series and on episodes of "Scooby Doo."

He was one of the most popular athletes in the world during the prime of his career, thanks to a unique blend of athleticism and showmanship.

Playing against the team's nightly foil, the Washington Generals, Lemon left fans in awe with an array of hook shots and no-look passes, and with the nifty moves he displayed during the Globetrotters' famous circle while "Sweet Georgia Brown" played over the loudspeaker.

Shaquille O'Neal was among those reacting to the news of Lemon's death on Twitter.

Lemon also had a knack for sending the fans home with a smile every night, whether it was with his running commentary, putting confetti in a water bucket or pulling down the pants of an "unsuspecting" referee.

"We played serious games too, against the Olympic teams and the College All-Stars," Lemon said. "But that didn't stop us from putting the comedy in there."

He also was awarded with the International Clown Hall of Fame's Lifetime of Laughter Award in 2000.

Lemon left the Globetrotters in 1978 over a contract dispute and thereafter formed his own traveling teams -- the Meadowlark Lemon's Bucketeers, the Shooting Stars and Meadowlark Lemon's Harlem All-Stars -- as he continued to play well into his 70s.

He later formed Scottsdale-based Meadowlark Lemon Ministries, traveling the country to provide a message of faith to children in basketball camps and youth prisons.

Aside from Lemon's No. 36, other Globetrotters to have their numbers retired are Wilt Chamberlain (13), Fred "Curly" Neal (22), Haynes (20) and Reece "Goose" Tatum (50). Washington Generals founder Red Klotz also had his number retired.

Born in 1932, Meadow George Lemon III -- he lengthened his name after joining the Globetrotters -- didn't have money for a basketball when he was young, so he rigged up a makeshift hoop in his backyard in Wilmington, N.C. Using a coat hanger and onion sack for the basket, he made his first shot with an empty milk can.

Lemon first contacted the Globetrotters before his high school graduation and joined the team in 1954. He missed a game in 1955 because of a bad bowl of goulash in Germany, but that was the last one he sat out. What followed was a run, by his calculations, of more than 16,000 straight games that took him to places he never could have imagined.

"I was one of the most fortunate athletes that ever lived," he said. "I was able to watch history."

The Associated Press and ESPN's Dave McMenamin contributed to this report. 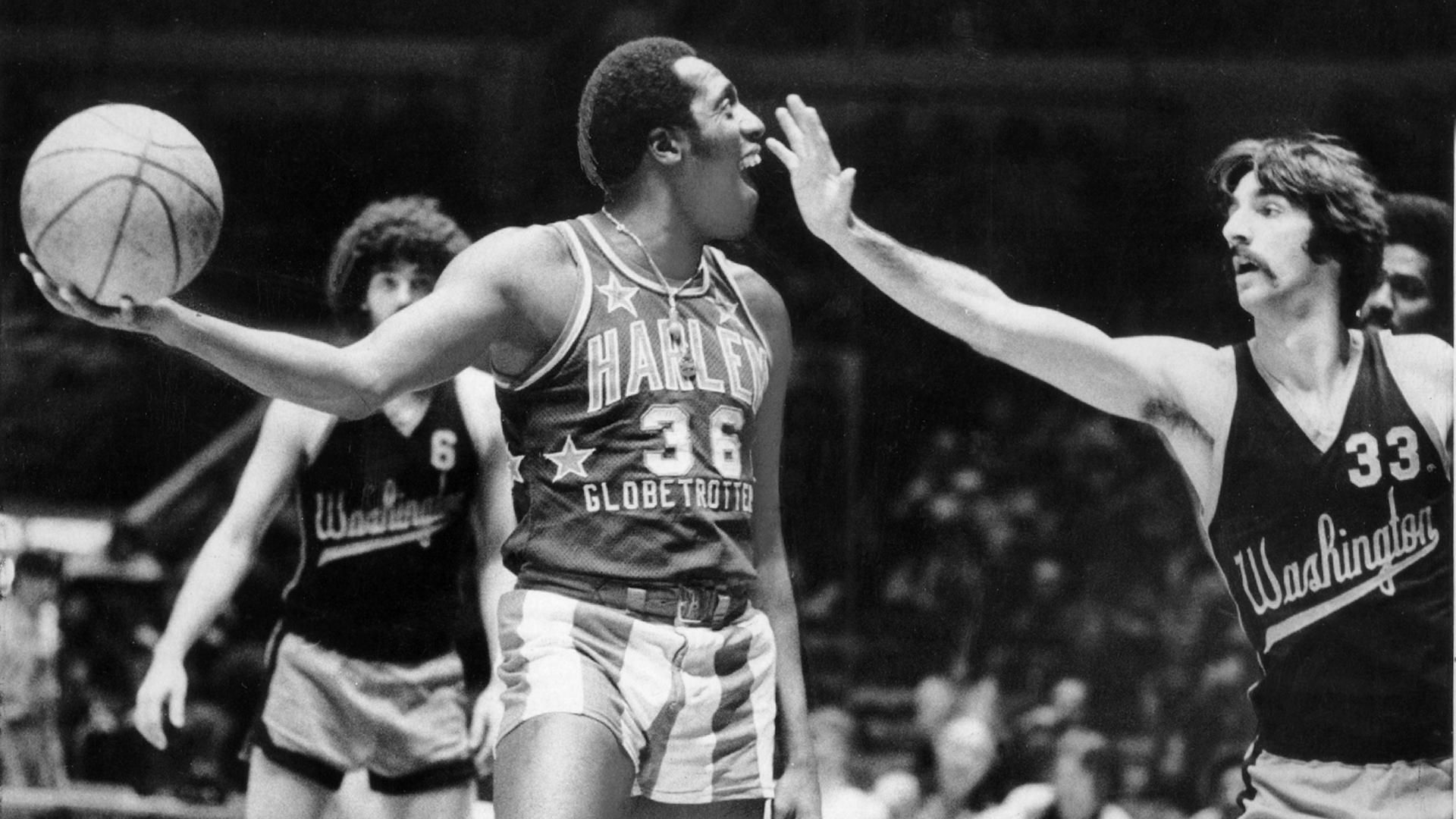