Home-field advantage anything but for relocated Chargers 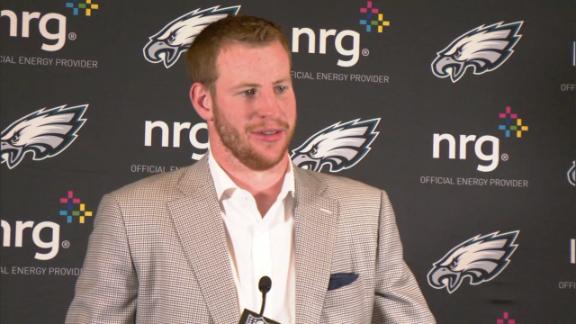 CARSON, Calif. -- Winless on the team's three-game homestand in a new city, the Los Angeles Chargers can point to one thing that has been consistent: opposing fans taking over the stadium.

It started with the Miami Dolphins, when some Chargers' players initially thought Younghoe Koo had made his potential winning field goal attempt from 44 yards because of the Dolphins' fans screaming their approval when his kick sailed wide right.

And on Sunday, Philadelphia Eagles fans were perhaps the rowdiest of the three games.

The Chargers were loudly booed coming out of the tunnel for player introductions. And the stadium filled mostly with fans clad in green Philadelphia Eagles' gear chanting "Let's go Eagles" -- basically taking over the facility in terms of crowd noise with their team salting away a 26-24 victory at the end of the game.

"We kind of knew," Eagles center Jason Kelce told reporters after the game. "We heard I guess on StubHub like 70 percent of the sales were from the Philadelphia area, so we kind of knew it was going to be at least close. And then right when you came out of the locker room to open the game, the cheers for Philadelphia coming out, we knew it was going to be a big crowd for us."

Added Eagles tackle Jason Peters: "It's almost like the Chargers got 16 away games. It's going to be tough sledding for those guys."

Chargers quarterback Philip Rivers has taken notice, growing accustomed to playing in a home stadium that does not offer a home-field advantage.

It started a couple of years ago with the Chargers suffering through losing seasons the final two years in San Diego and fans staying away because of the stadium impasse. And now the issue has followed the team to Los Angeles, a new market where the Chargers are trying to carve out a fan base.

Starting the season 0-4 isn't helping to sell the Chargers to an L.A. NFL fan base that seems uninterested at best.

"It's certainly not ideal. ... I don't think in a lot of ways it compares to other teams having three straight home games," Rivers said. "Yeah, it's tough. We were able to communicate. We didn't have to go silent count. But it's certainly not as ideal as you would love it. We've got to deal with what it is right now."

Now 0-4, the Chargers actually hit the road for the next two games, facing the New York Giants at MetLife Stadium and then travelling to the Bay Area to face the Oakland Raiders before returning for their next home game Oct. 22 against the Denver Broncos.

"We have to give the people something to stand up and cheer about," Chargers coach Anthony Lynn said about the team's fans at the StubHub Center. "We can do that. Win a home game; we can do that. I am sure our fans would appreciate that."

Wentz and Eagles are finding ways to win
Carson Wentz says the biggest difference between this year and last year is that the Eagles are winning close games, and traveling Philadelphia fans helped by bringing a home atmosphere to Los Angeles. 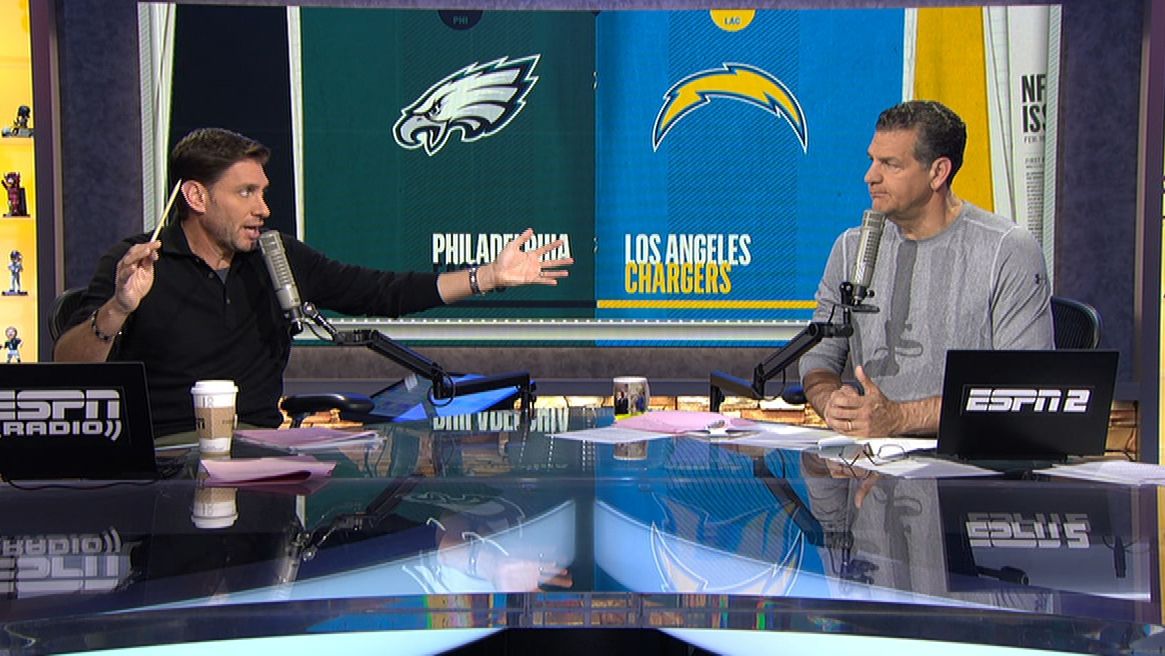