'Hopefully it's not a one-week thing': Malcom Jenkins on what happens now 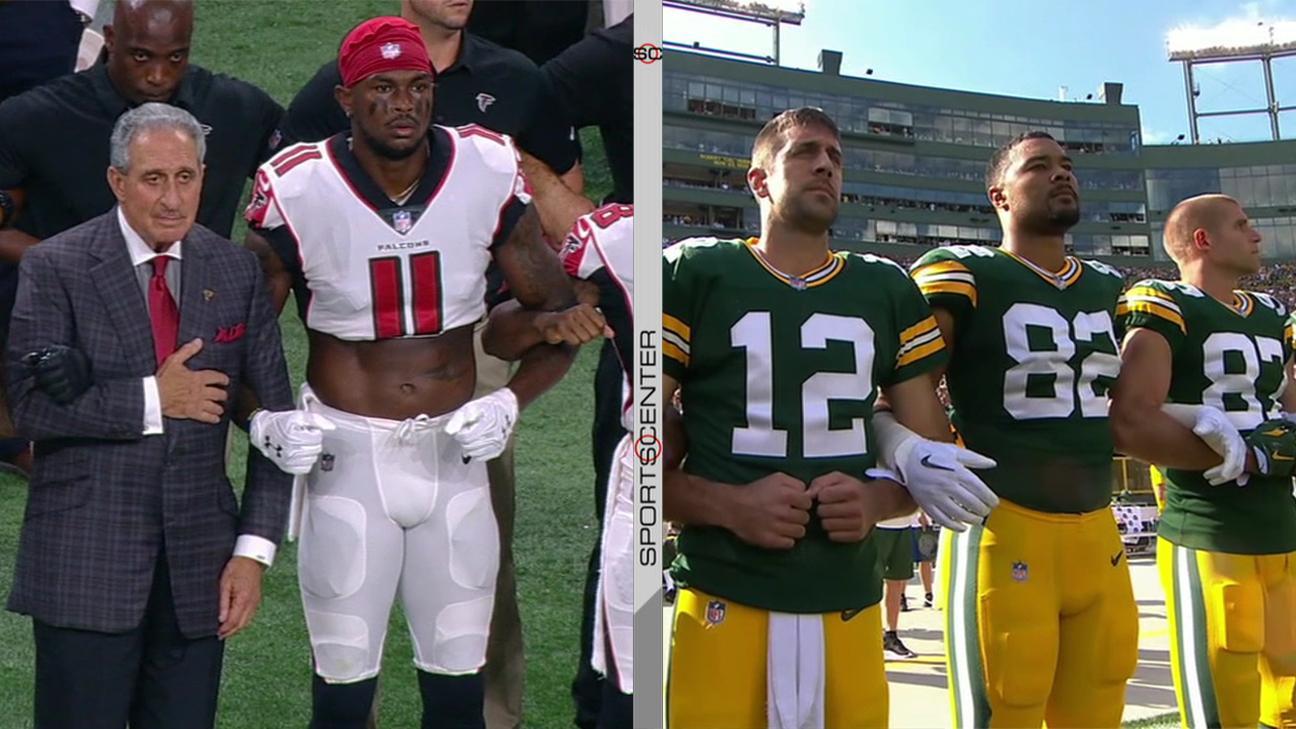 PHILADELPHIA -- It was a different sort of Sunday in the NFL, butEagles safety Malcolm Jenkins is just trying to get some work done.

"I've been committed -- not only me, but other people have been committed to doing work in our communities, trying to bring our communities together, promoting unity for a year now," Jenkins said Sunday afternoon. "And nothing anybody says is going to deter us from continuing to do that. I think you were able to see a lot of guys, league-wide today, sending that message of support and unity in the face of divide and hate."

After President Donald Trump criticized NFL players who engaged in protests during the national anthem, an unprecedented number of players joined the ranks of the protesters. Here in Philly, where Jenkins has raised a fist during the anthem since former 49ers quarterback Colin Kaepernick began protesting last summer, Eagles players locked arms with each other and with members of the front office -- including team owner Jeffrey Lurie -- during the pregame ceremony. Across the field, three Giants players knelt. Across the league, teams protested in different ways.

It might not be the kind of reaction that quells the often-angry national conversation on this issue. But it's one that matters to someone like Jenkins, who has been consulted by NFL commissioner Roger Goodell and NFLPA executive director DeMaurice Smith on social and community issues, who's part of a group of players asking the league to devote a month to awareness of social issues, and who's looking at the bigger picture.

"People today in the league, whether it be front office or players, recognize the time that we're in right now," Jenkins said. "And I think they recognize the responsibility that we have as athletes, as entertainers, and as a league."

Fans angry about NFL players' protests might wonder what's the point. Jenkins has a clear-eyed answer.

An example? Jenkins has them. He has been to Capitol Hill to talk to members of Congressabout the issues behind the protests. He has worked with community groups in Philadelphia to find out what's important to them. He has sat in on bail hearings, met with public defenders. He's part of a group lobbying for passage this fall of the "Clean Slate Act," which is an effort to get criminal records wiped clean after a period of 10 years.

"In Pennsylvania, in Philadelphia, we send more juveniles to life without parole than anybody in the world. I don't think that's something to be proud of as Philadelphians, as Pennsylvanians," he said. "But it's something that can be fixed. So I want to use my platform to point to those issues, to point to the voices of the people that do this work every day, because that's not what I do. I go to practice every day. I don't go to these community groups. But I can bring them to the table and hear their voices, and that's what I'm responsible for."

That's the big picture. But Sunday's demonstration was personal.

"It kind of gets distorted," Eagles defensive end Chris Long said. "You know there are things that guys are protesting about, but then when the president calls us out, we're kind of also now protesting the right to protest."

The cacophony of Kaepernick and police and the flag and the sitting/standing/kneeling/fist-raising and the will-they-go-to-the-White-House drowns out a lot of things that matter to the real human beings playing in the NFL. They leave the field and go out into the world and live lives that aren't on television. They understand that fans want football to be an escape. It's theirs, too.

"I understand why people are offended by people protesting the national anthem," Eagles wide receiver Torrey Smith said. "My father served 25 years. When he dies, he's going to be wrapped in an American flag. But my dad is also out of the Army, and he drives trucks all over the country, and he's a black man everywhere he goes, and sometimes he has racial incidents still today. That doesn't protect him, just because he served our country. And I think that's important."

So what happens now? Was Sunday a flare-up of emotion and timing? Where does this all go now, while the players continue to care about what they care about while so many outside voices holler at them to just shut up and play football?

"I'm not sure," Jenkins said. "I know there are multiple guys that have been behind the scenes doing work. Hopefully we can continue to highlight that. Hopefully it's not a one-week thing. The biggest thing now, when we have all these eyes on us as players, as a league, as teams ... we have to be coordinated. We have to be solution-based. 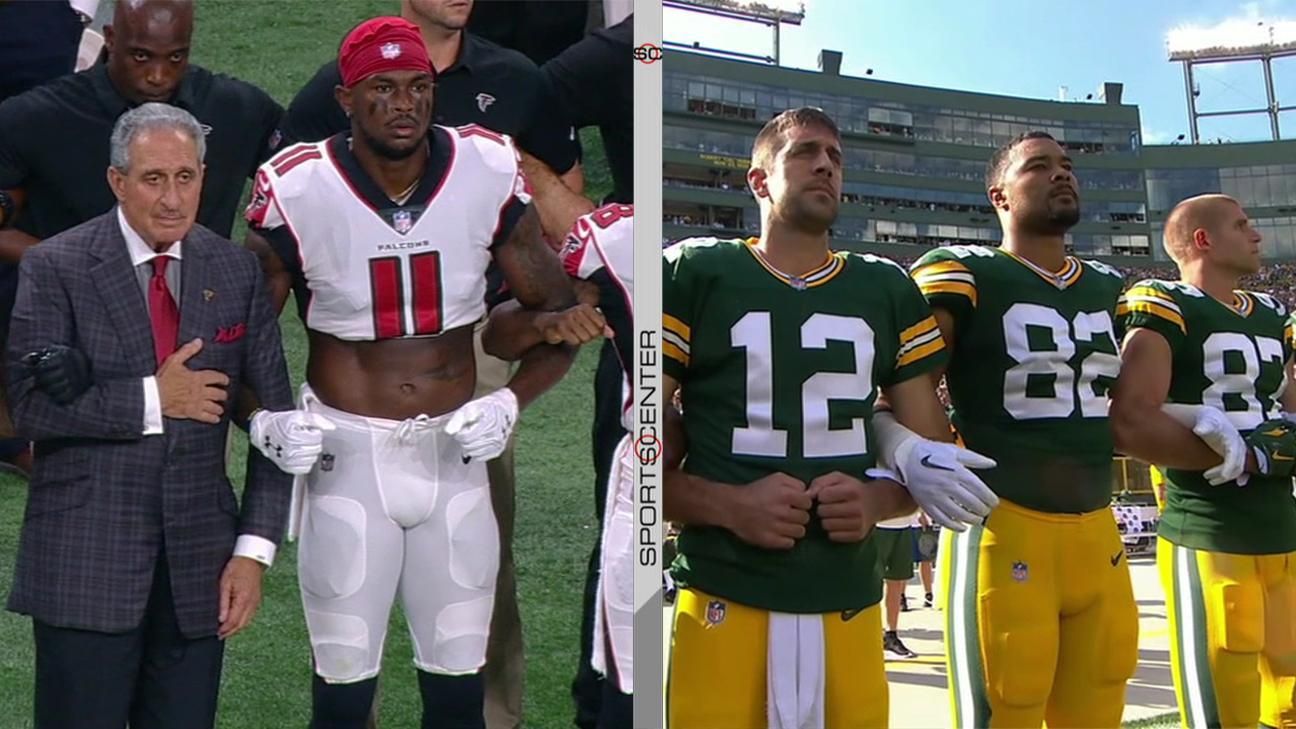 Teams show unity throughout NFL during anthems
In stadiums around the country, and in London, NFL players, coaches and owners reacted to President Trump's recent comments. 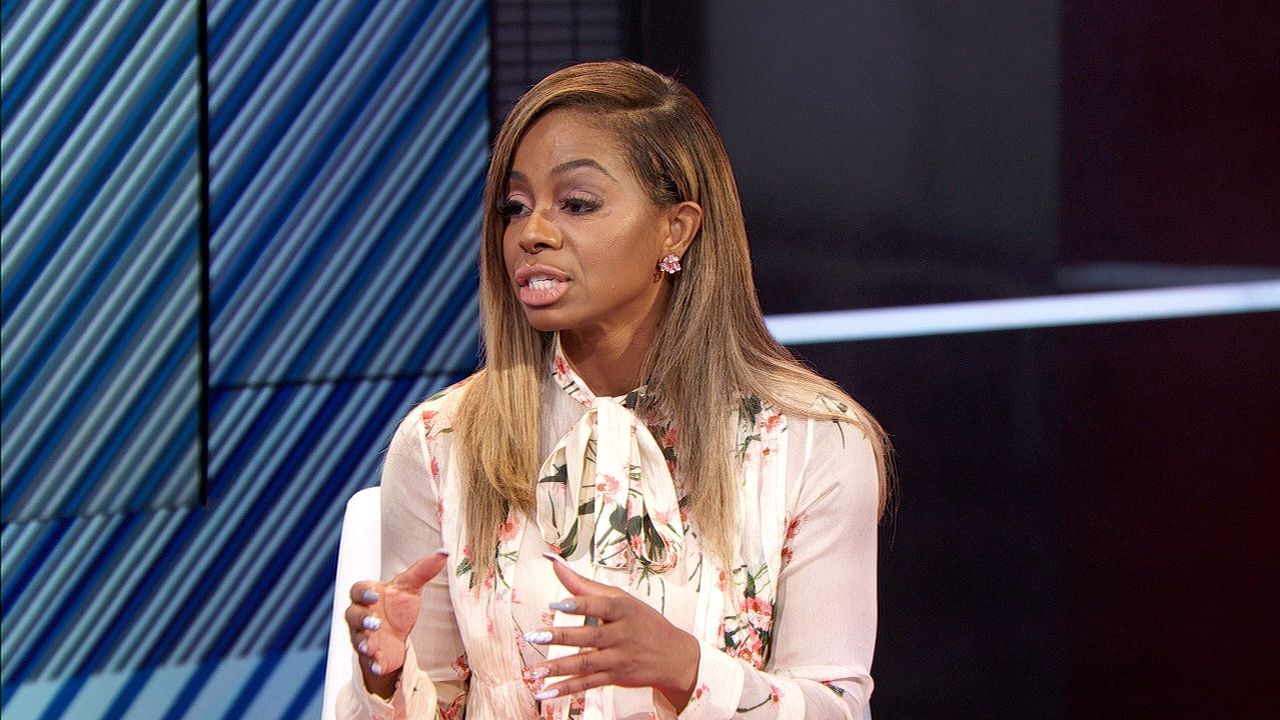 Players request social activism month in NFL
Josina Anderson explains what Michael Bennett, Torrey Smith, Malcolm Jenkins and Anquan Boldin are hoping to get out of the letter they sent to Roger Goodell regarding player activism.