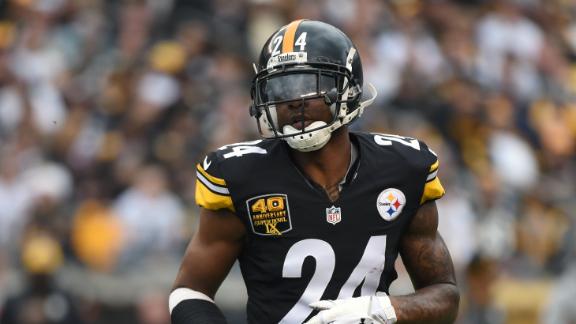 Veteran cornerback Ike Taylor, who spent his entire 12-year career with the Pittsburgh Steelers, announced his retirement on Tuesday.

"Other than having my son, playing for the Steelers has been the best experience in my entire lifetime," Taylor told the team's website. "It is rare; in this day of free agency that is super rare to play for one team. For me to have this opportunity says a lot about how they felt about me, what I gave back to the organization.


"I wasn't cut, I wasn't released. It was just my contract was up and it was time to retire. If you want to have pride, well, that is the kind of pride I have, being able to play my contract out."


The 34-year-old Taylor, who won two Super Bowl rings with the Steelers, was an unrestricted free agent.


The Steelers took Taylor in the fourth round of the 2003 NFL draft, and he became a full-time starter in 2005. Taylor intercepted two passes in the postseason, including one in the Steelers' Super Bowl XL win over the Seahawks, emerging as a key player in the Steelers' run to a fifth Lombardi trophy.


He started 140 regular-season games in 12 seasons with the Steelers and routinely covered the opposing team's No. 1 wide receiver. Taylor never made a Pro Bowl in Pittsburgh in large part because chronic drops limited him to 17 career interceptions, including the postseason.


He also had four fumble recoveries, three forced fumbles and 565 total tackles over his career.


"From the time I walked in the door until the time I left, this is where I wanted to be," Taylor told the team's website. "How the organization is, the locker room, you see why we win. When I became a free agent twice it made my decision easy."


Longtime teammateTroy Polamalu, who was selected with the Steelers' first-round pick in 2003,also announced his retirement last week. Former teammateRyan Clark, who played eight seasons for Pittsburgh before moving to the Redskins last season, also retired this offseason.


In addition, linebacker Jason Worilds walked away at age 27 in March and Hall of Fame defensive coordinator Dick LeBeau did not have his contract renewed in January.


Taylor, arguably the Steelers' best cornerback since Rod Woodson, took a pay cut of $4.25 million to return to the Steelers in 2014, but he played in just five games as he suffered a broken forearm after getting hit by teammateLawrence Timmonsin the third week of the season. He returned to the field at the end of November but lasted just two games as he struggled to keep up with younger wide receivers.


The retirements of Polamalu and Taylor create a scenario where the Steelers might start two players in the secondary next season who didn't start a game in 2014:

ESPN.com Steelers reporter Scott Brown and The Associated Press contributed to this report.