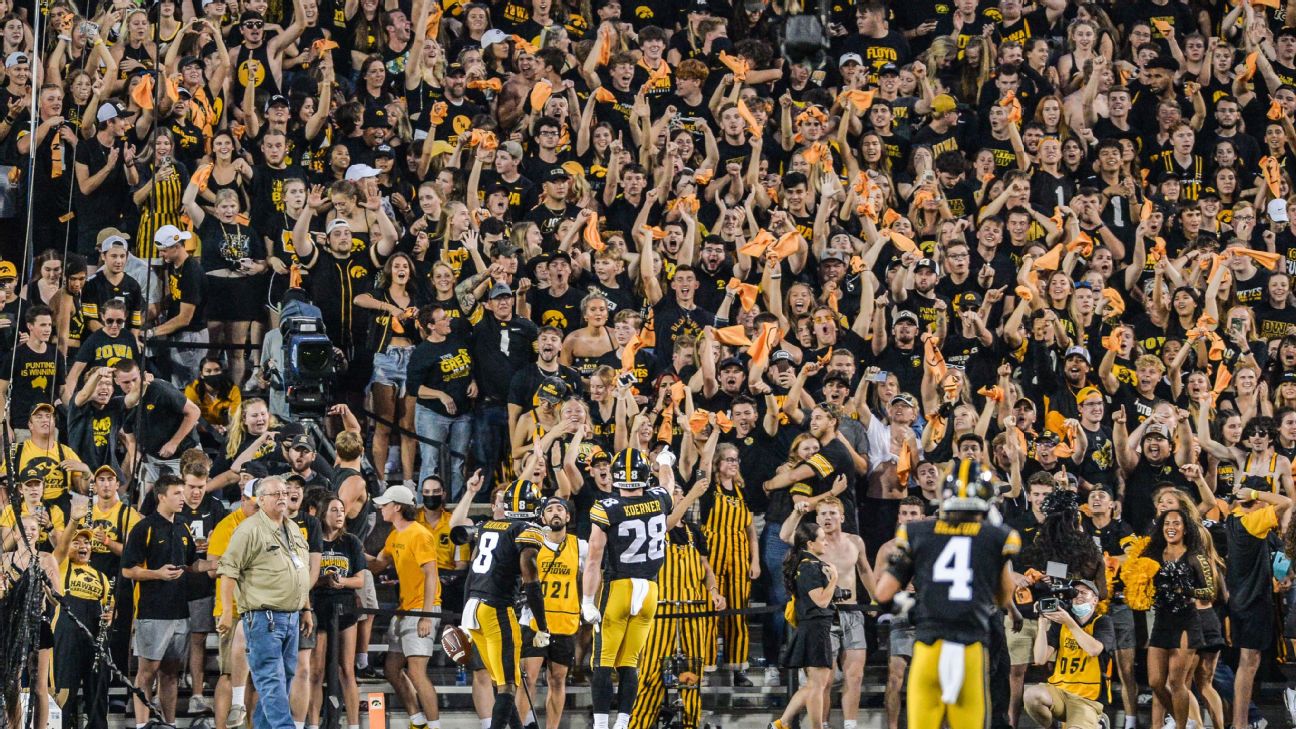 Iowacoach Kirk Ferentz said that while some Penn Stateplayers injured in Saturday's game had legitimate ailments, he understands why Hawkeyes fans booed when other Nittany Lions players went down.

Ferentz on Tuesday noted that Penn State quarterback Sean Clifford did not return to the game after leaving early in the second quarter and that he could see another Nittany Lions player on the bench with an ice bag on his leg.


"I hope those guys are well, I don't know what their status is," Ferentz said. "Nobody wants to see anybody get hurt. But I think probably [the booing] is a reaction to, there were a couple of guys that were down for the count and then were back a play or two later. Our fans aren't stupid. They're watching, they know what's going on.

"I've been here 23 years and I think that's only the second time we've seen that kind of stuff going on."

After Iowa's 23-20 win, Penn State coach James Franklin expressed disappointment about the booing, noting that the Hawkeyes don't run an up-tempo offense, which recently has led to defenses feigning injuries around college football.

"I do have a little bit of a hard time with our players getting hurt and the [Iowa] fans and the coaches and the staff booing our players," Franklin said. "To all of the Iowa people out there, it was not part of our plan. It would not be. You don't run a tempo offense. We had some guys get injured, and I just don't know if I necessarily agree. I don't think that's the right thing for college football, booing guys when they get hurt, however it looks."


Ferentz on Tuesday noted that faking injuries has gained more attention, as the American Football Coaches Association has asked the NCAA football rules committee to address the pattern. He said that Iowa has two staff members who worked at programs that encouraged them, using code words such as "scuba" and "turtle."

"We don't coach it, haven't really been exposed to it," Ferentz said. "But our fans thought they smelled a rat, I guess, I don't know, so they responded the way they responded."

Ferentz also announced that defensive back Riley Moss likely will miss a couple weeks with a knee injury sustained while making an interception late in the first half against Penn State. Moss, who leads the Big Ten in both interceptions (4) and interceptions returned for touchdowns (2), does not need surgery.

No. 2 Iowa hosts Purdue this week before an open week. 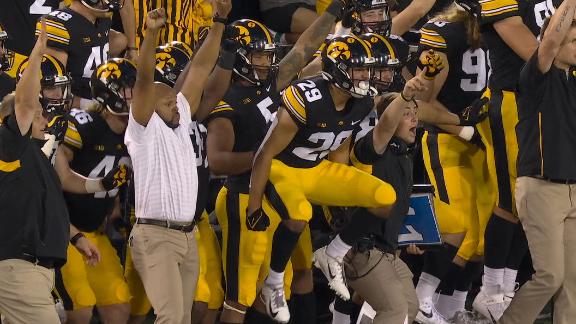