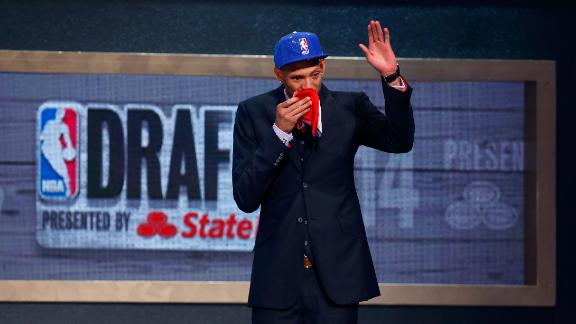 The NBA will take its affiliation with former Baylor Bears star Isaiah Austin a step further than the ceremonial pick it extended him in this year's draft, if all goes according to plan.

Austin, whose career was cut short when he was diagnosed with a rare genetic disorder that affects the heart, has been promised a job by commissioner Adam Silver with the stipulation that he completes his undergraduate degree from Baylor, he told TMZ Sports.

"Right now he's going to have me do a little stuff with NBA Cares, just off-and-on right now until I get a full job," Austin told the website, referring to the league's charity outreach group.

Austin, previously projected by some to be a first-round pick, said he also had goals to be a coach. He has said previously that he was offered a coaching position by Baylor coach Scott Drew.

But first he will return to Baylor in August with plans of finishing his degree.

"Adam Silver really wants me to be a part of the organization, and I'm thankful for the opportunity that he's giving me," Austin said.

Less than two weeks before the draft, Austin was told he had Marfan syndrome. It ended his playing career. The illness was discovered during a physical for the draft.

During the season, the 7-foot-1 Austin had revealed he had a prosthetic right eye after multiple operations couldn't repair a detached retina.

Some athletes have died on the court as a result of Marfan syndrome and associated aortic problems, among them noted Olympic volleyball star Flo Hyman.