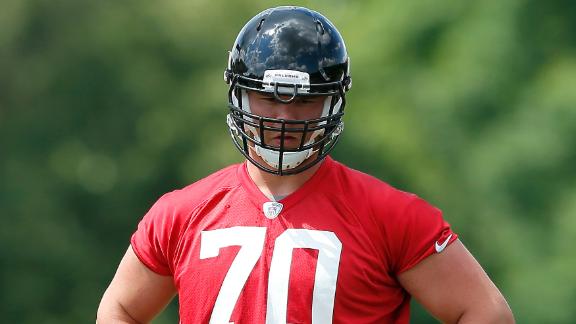 The move was expected after the Falcons lost starting left tackle Sam Baker to a season-ending patellar tendon tear.

The Falcons drafted Matthews with the sixth overall pick out of Texas A&M to be the team's left tackle of the future. He played left tackle last year with the Aggies.

Matthews was asked after Monday's practice if there is a significant adjustment from right to left.

"Yes, the stagger changes," he said. "You go for a long time used to bracing a guy with one leg back. And now you've got to flip it around. It's like almost going from writing with your right hand to your left hand. But I did it in college. I feel pretty comfortable on both sides."