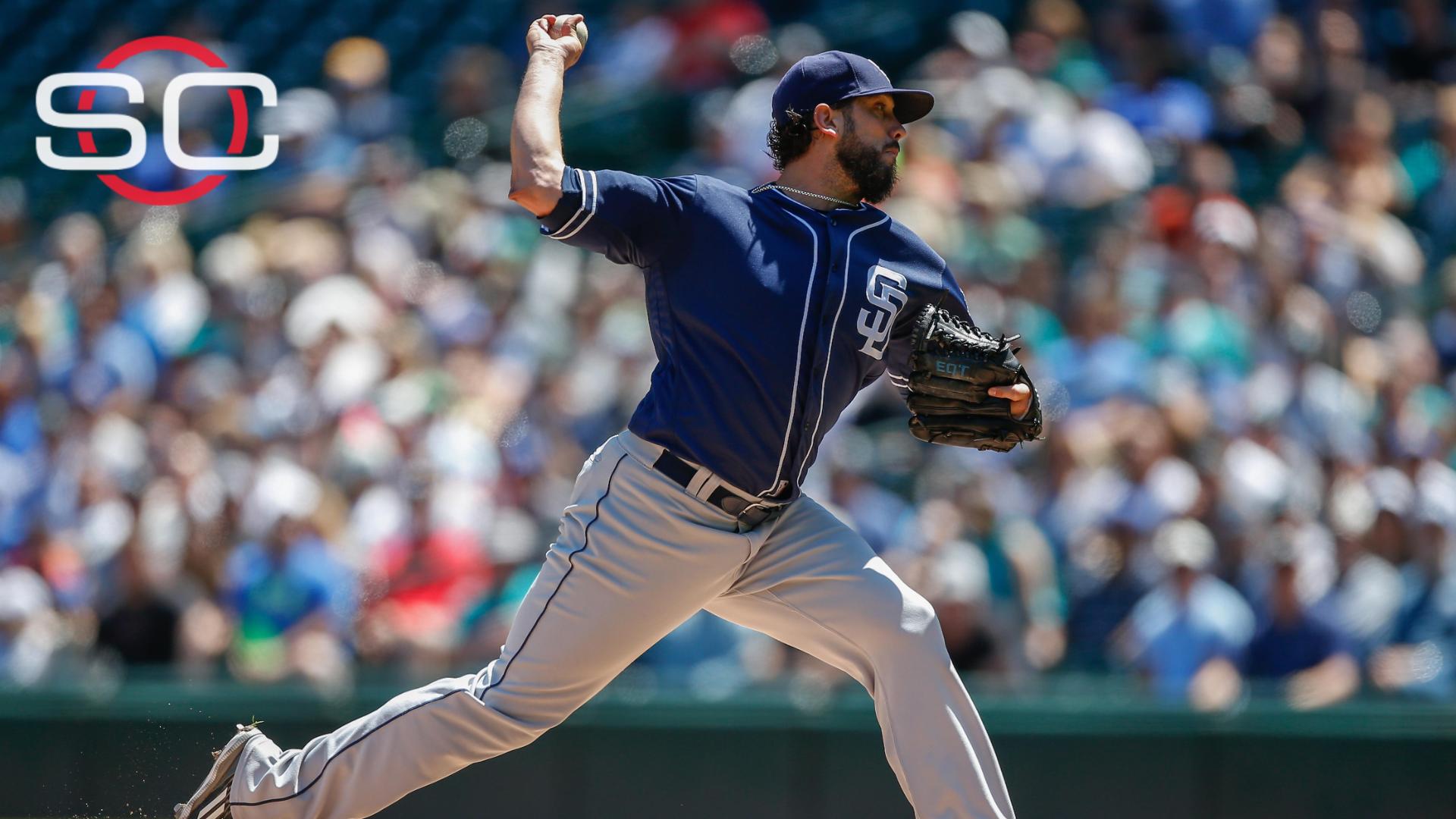 The White Sox welcomed Shields in a tweet Saturday.

"We're pleased to add a starter of James Shields' caliber," White Sox general manager Rick Hahn said. "He has proven to be one of the most dependable and durable pitchers in the major leagues over his career."

The White Sox are expected to pay between $27 million and $31 million of the remaining $58 million on Shields' salary, a source told ESPN's Jim Bowden. If the right-hander opts out of his contract after this season, the number would be less.

Shields had signed a four-year, $75 million deal signed with the Padres in February 2015. It was the largest free-agent contract in Padres history as one of several big-name players the team brought in before the 2015 season. But the roster overhaul fizzled, and the Padres finished three games worse last year than they did in 2014.

Shields, 34, is 2-7 with a 4.28 ERA in his second season with San Diego. He gave up 10 runs in 2 2/3 innings in his most recent start Tuesday.Padres executive chairman Ron Fowler called out Shields after the outing.

Shields will add depth and experience to the White Sox rotation, where he is expected to slot in after ace Chris Sale and Jose Quintana. The right-hander has been among the most durable pitchers in the majors in recent years, making at least 31 starts every season beginning in 2007.

"You have to have a lot of respect for him. It's not easy," Sale said. "You don't just roll out of bed and throw 200 innings. For him, it seems like it's that way. You know, it just takes stress off everybody else. It takes stress off the next starting pitcher. It takes stress off the bullpen, and he's going to give us some quality innings as well. He's still got a lot left in the tank, so we're looking forward to that. Like I said, hopefully that's the spark we need."

Hahn said Shields will join the team in Chicago on Tuesday and expects him to be active by the beginning of the homestand. Shields was slated to make his next start Sunday, though it is not immediately clear when he will make his White Sox debut.

Chicago will move right-hander Miguel Gonzalez to the bullpen to make room for Shields in the rotation. Gonzalez (0-1, 4.09 ERA) had been scheduled to start Wednesday against the Washington Nationals but now will be available Sunday out of the bullpen.

The White Sox GM also said he may not be done dealing.

"Whether from the prospect standpoint or economic standpoint, we do think we're in the position to augment the roster in the next couple months if the opportunity arises," Hahn said.

Prone to giving up home runs, Shields has kept his teams in games for years, going a combined 129-104 with a 3.76 ERA for the Tampa Bay Rays, Kansas City Royals and Padres.

Shields helped pitch the Rays into the 2008 World Series and the Royals into the 2014 Series. He made the AL All-Star team in 2011.

The key to the trade for the Padres is Tatis, a skilled 17-year-old shortstop and the son of former big leaguer Fernando Tatis. He may need to move to third base eventually, but some scouts think he can stay at short. Tatis has a chance to develop into an elite prospect with the hitting ability and size to eventually be a middle-of-the-order batter.

Information from ESPN senior writer David Schoenfield and The Associated Press contributed to this report. 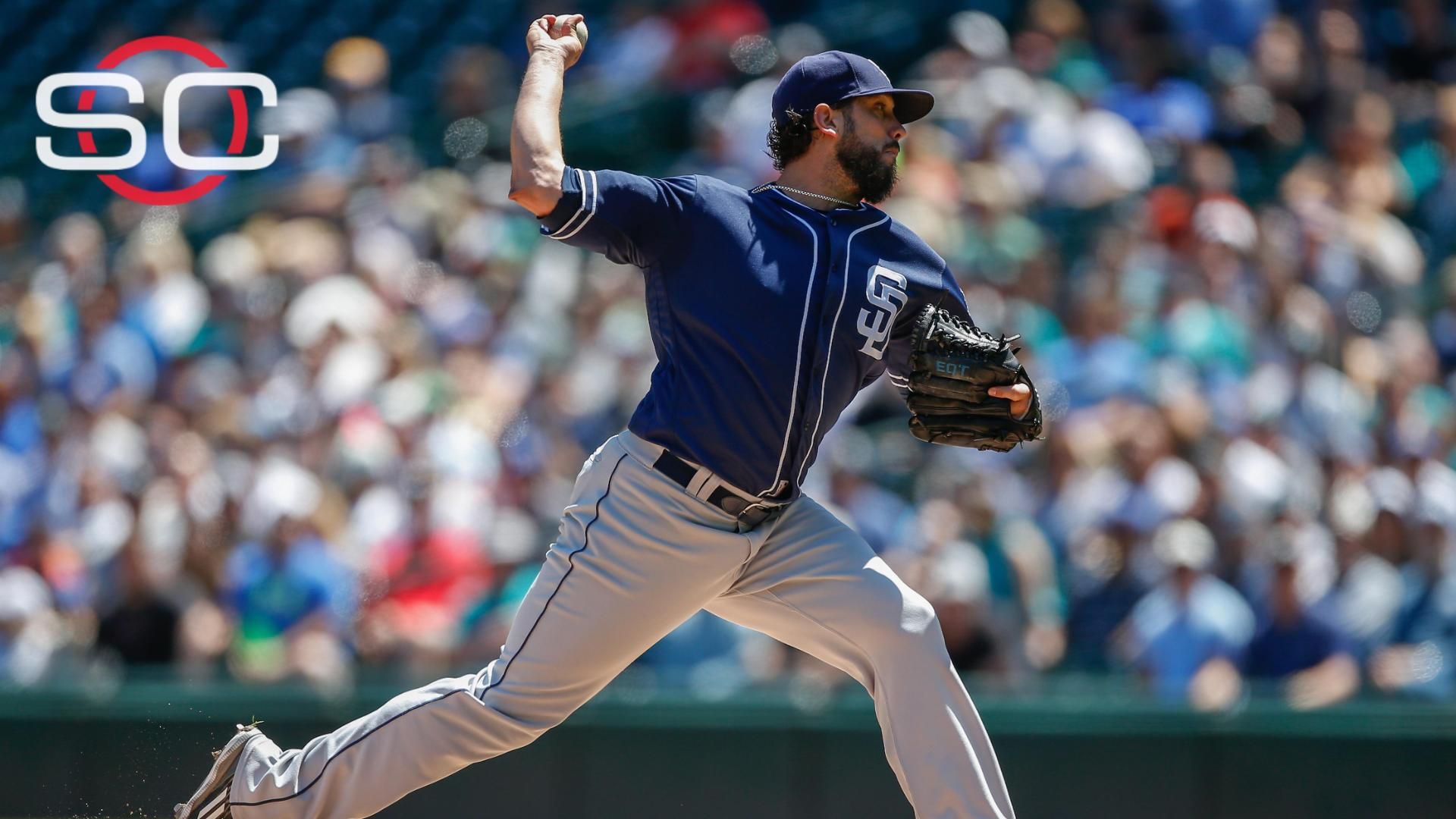