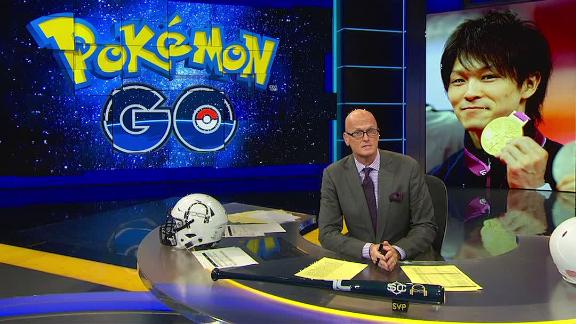 TOKYO -- Japanese Olympic gymnast Kohei Uchimura may be a record six-time world champion, but he won't be encountering much success in his "Pokemon Go" efforts after running up a huge roaming bill in Rio.

"He looked dead at the team meal that day," teammate Kenzo Shirai said, according to Kyodo.

Thankfully for him, his Japanese carrier service agreed to reduce his bill to a 3,000 yen (around $30) daily all-you-can-use contract, Kyodo said.

"I really lucked out," Uchimura said, according to Kyodo.

Uchimura is the reigning gold medalist in the men's all-around competition, and has said he is just as committed to a Japan team gold in Rio de Janeiro as he is to the personal title.

Nikkan Sports newspaper predicted "Uchimura may not get any Pokemon, but he will surely get gold."