Jared Goff: 'I've never had a problem' with size of hands 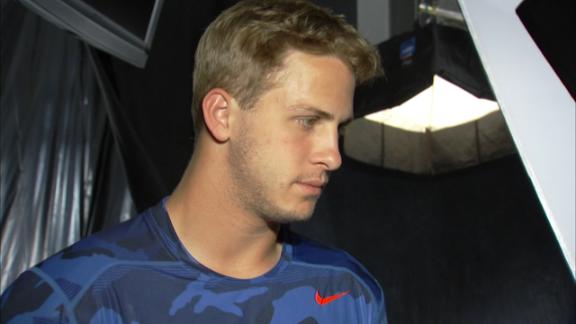 INDIANAPOLIS -- You have to hand it toJared Goff: He can roll with the scrutiny.

Goff, the formerCalquarterback rated as one of this year's top draft prospects, sneered, scoffed and grimaced at the latest predraft chatter that small hands might hurt his stock. Goff measuredin at 6-foot-4 and 215 pounds with 9-inch hands, a size that drew gasps from draftniks.

Typically a good hand size for a quarterback is 9 inches minimum, with 10 inches or more ideal. ESPN's Todd McShay wrote that hand size equates to ball security and that since 2008, less than 10 percent of quarterbacks measured at the combine had hands 9 inches or smaller.

Hand measurements are taken from thumb to pinky, with the hand placed on a flat surface.

One NFL coach who promised his team would come out of the draft with a quarterback said hand size does matter.

"It matters because we play in a division where all of a sudden there's rain, there's snow, and it's different," Cleveland Browns coach Hue Jackson said. "I think guys that have big hands can grip the ball better in those environmental situations, and so we'll look for a guy that fits what we're looking for in a quarterback, and, is hand size important? Yes, it is."

Goff seemed incredulous that his hand size was even being discussed.

"I just heard about that yesterday," he said Thursday at his NFL combine appearance. "I've been told I have pretty big hands my whole life. I heard I have small hands yesterday, apparently. No, I've never had a problem with that or expect it to be a problem at all."

When the hand issue was mentioned in passing later, Goff chuckled.

Then he said the discussion of his hands was comical and ridiculous. Goff started three years at Cal, and in his final season had 4,719 yards and 43 touchdowns. After a 1-11 season when he was a freshman, Goff led Cal to its first bowl game win since 2011 last season.

"I've played football my whole life, and I've never had a problem with that," Goff said.

Goff even had a quick retort when his 23 college fumbles were mentioned, the theory being that small hands lead to more fumbles.

"How many did I have last year?" he said pointedly.

Four was the answer.

"That's pretty good," Goff said. "My freshman year we went 1-11, so it wasn't going very well. Probably had a bunch that year. But I think I improved on that if I had 23 total, had four this year."

"I think it's something cool to talk about or whatever," said Wentz, who has been working out with Goff in Irvine, California, to prepare for the draft. "Gives you guys something fun to write about. But I think it's just another measurement that they do here, just because." 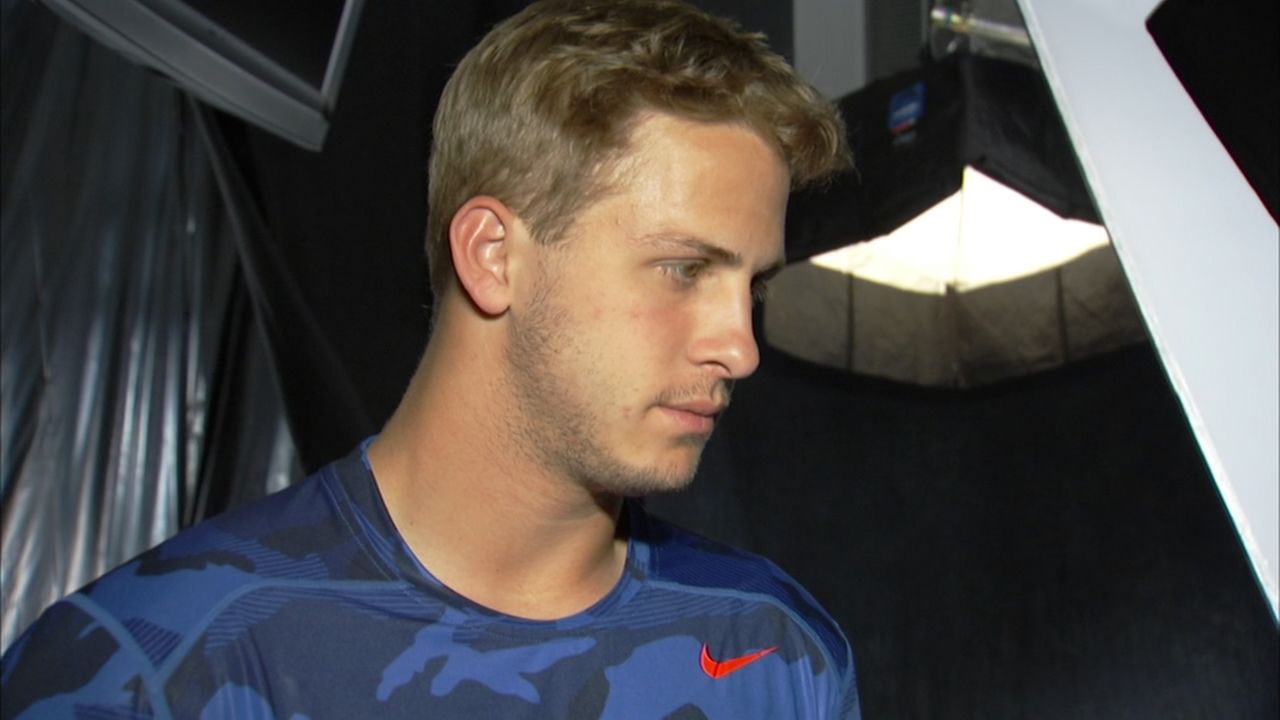