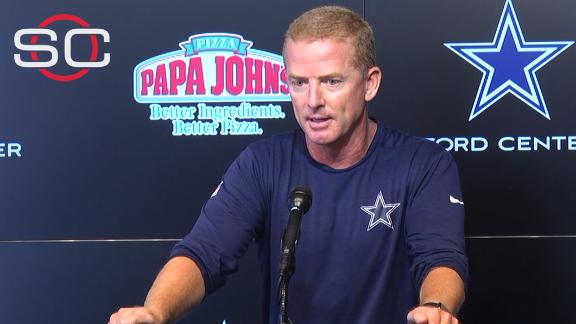 FRISCO, Texas -- Dallas Cowboys quarterback Tony Romo is wearing a back brace as he begins to recover from a compression fracture of his L1 vertebra that he suffered Thursday against the Seattle Seahawks.

Romo's fracture was diagnosed on Friday after he had an MRI. After the game, Romo said he felt fine and was even more confident his back could withstand a hit like the one he took from defensive end Cliff Avril.

For now, Romo's rehab will consist of rest and immobility, but Garrett will not rule him out of the Sept. 11 season opener against the New York Giants. A source said Romo will miss 6-10 weeks to heal.

"We've gotten a lot of different timetables for when he can return," Garrett said. "We also know that he's played with a broken bone in his back before so there's no reason for me to stand up here and put a timetable on this. I think a lot of other people outside of this building have suggested they know what the timetable is. That's not the world we live in. We live in the world day by day, do what you can to get yourself better and we'll update you as we go."

In 2014 Romo missed one game after suffering two transverse process fractures after getting kneed in the back against the Washington Redskins.

Sunday is the first full practice day for the Cowboys since Romo got hurt. They had a conditioning run and walkthrough on Saturday. Dak Prescott, who will replace Romo as the starter, is taking the first-team snaps with Jameill Showers as the backup. The Cowboys will look for veteran help at backup in Romo's potential absence.

Garrett told the players of Romo's injury after Saturday's workout.

The Cowboys went 1-11 in games played without Romo last year after he broke his left collarbone twice.

Prescott would be the first rookie quarterback to start a Cowboys' season opener since Quincy Carter in 2001. He has completed 39 of 50 passes for 454 yards with five touchdown passes and no interceptions.

"Dak has done a nice job since he's been with us," Garrett said. "It started in the spring after the draft. He's a very prepared guy. He wants to take full advantage of the opportunities he gets on the practice field and in games. He works very hard at it. I think the players see that and he's done a good job throughout training camp, learning the offense and executing plays and done a good job in the preseason. So excited to have him step into that role in Tony's absence and excited to really just focus our attention on today and try to get better today, Sunday. And that's where our focus is. That's where our attention is."

Also Sunday,Dez Bryant is on the practice field for the first time since suffering a concussion in practice on Aug. 22. Garrett said he should go through individual drills.

Garrett: 'We've gotten a lot of different timetables' on Romo
Jason Garrett says the Cowboys will continue taking Tony Romo's back injury day-by-day and that the best way for the team to overcome the loss of Romo is for the players to focus on their jobs. 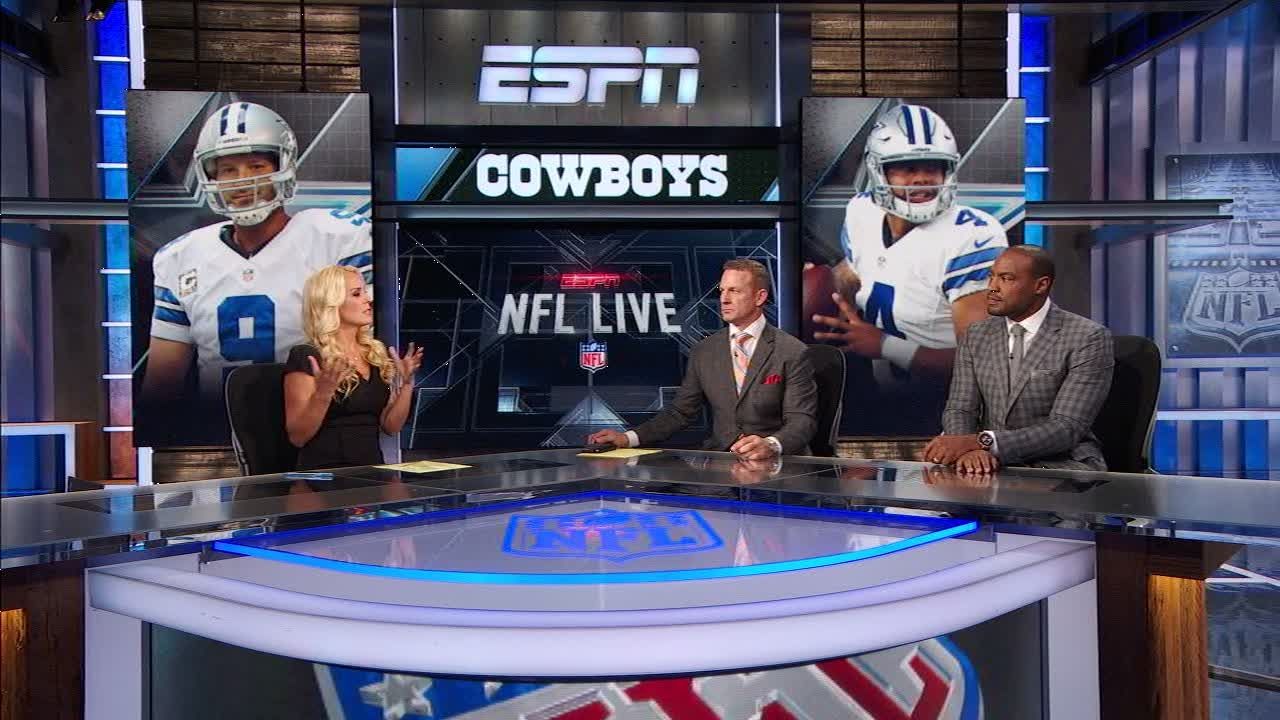