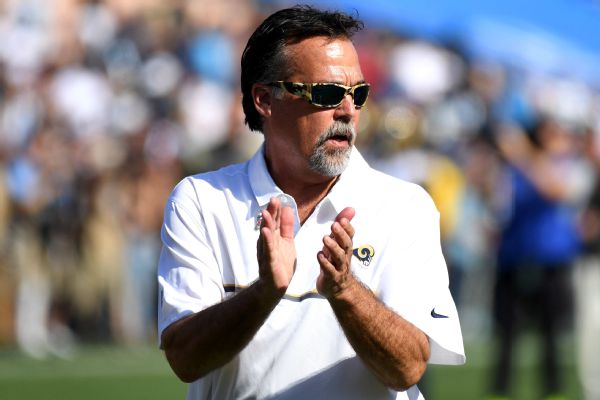 FOXBOROUGH, Mass. -- Jeff Fisher has an extension in place to return as head coach of the Los Angeles Rams, a development that leaked to the media on Sunday morning but transpired several months earlier.

Fisher confirmed it in Sunday's postgame news conference, minutes after his team was thoroughly outplayed in a 26-10 loss to the New England Patriots. He said the deal was signed "well before" even the first preseason game.

The news was first reported by NFL Network, with multiple sources confirming to ESPN that Fisher and general manager Les Snead, who was also in the final month of his current contract, are signed through the 2018 season. Snead was not made available by the Rams, who don't allow the media to conduct postgameinterviews with front-office members.

Fisher's team has dropped seven of its past eight games, one loss away from giving Fisher his sixth consecutive losing season as a head coach.

Asked what he would say to fans who are wondering why he is receiving an extension, Fisher said: "Well, I'd tell them the truth -- that this was done well before the season started. It was done well before we had 90,000 people at the Coliseum for our first preseason game. We're moving forward. That's what we're doing. We're trying to put a winning product on the field."

The Rams confirmed the extension through a team spokesman but are not expected to send out a press release.

This week especially represents bad timing for the news to go public. Days after a 49-21 loss to the New Orleans Saintslast week, Fisher was involved in a public spat with Hall of Fame running back Eric Dickerson, who was infuriated over being denied sideline passes as a response to his criticism of the team. That prompted fans -- old ones in St. Louis, new ones in Los Angeles -- to turn on the team and Fisher, who they had long been clamoring for to be fired.

Fisher said discussion with the Rams "started at the end of last year, and they moved into the offseason. So I agreed with the organization well before this season started."

But the extension does not seem to guarantee much beyond compensation. It's viewed more as a token of appreciation from owner Stan Kroenke, who didn't want Snead or Fisher to finish this season with lame-duck status.

Sources told ESPN they believe the deal includes a team option for the Rams, who still could part ways with Fisher after the season and owe him only one year of salary.

"It's never been my personal position to go ahead and release that stuff," said Fisher, whose agent, Marvin Demoff, is the father of Rams COO Kevin Demoff. "I'm very appreciative with respect to Stan, knowing what we were going through. It somehow got out. I'm expecting to be the coach of this franchise. However, I understand that the wins and losses fall on my shoulders. That's the fact of our business, and I get that."

Fisher's Rams have been no better than 7-8-1 and are only 4-8 this season, despite winning three of their first four games. Fisher's teams have finished above .500 in only six of his 20 full seasons as an NFL coach, and he has 164 career losses, one away from tying Dan Reeves for the NFL record.

Entering Sunday, the Rams were tied for the NFL's most total penalties (691) and had averaged the fewest yards per game (309.1) since Fisher's first season with the franchise in 2012.

Players, however, stood behind him.

"I love him," Rams running back Todd Gurley said. "I don't care what everybody else says."

"Damn good decision," added defensive end Eugene Sims of Fisher's extension. "Fisher's a good coach, and he's a player's coach. He takes care of us. He's a great coach. He puts us in good situations. We just have to come out and do our part. We play the game; they coach us."

Asked if he believes Fisher is the right man to take the Rams to the playoffs, a place they have not been since 2004, defensive end William Hayes said: "Absolutely, man. Stand-up guy, takes care of his guys. He does everything that a player wants from his coach. He pushes us."

Hayes pointed to all the close losses the Rams have sustained, five by seven points or less, as an indication that this season could've easily been different.

The extension is proof the Rams' brass does not view Fisher as harshly as the fan base does. They credit him, and Snead, for turning around a franchise that had lost 65 of 80 games in the five years before they took over and are grateful for what Fisher did in helping transition the team from St. Louis to Los Angeles over the offseason.

But Fisher's Rams still have to get right if he wants to stay.

ESPN's Adam Schefter and Jeff Darlington contributed to this report. 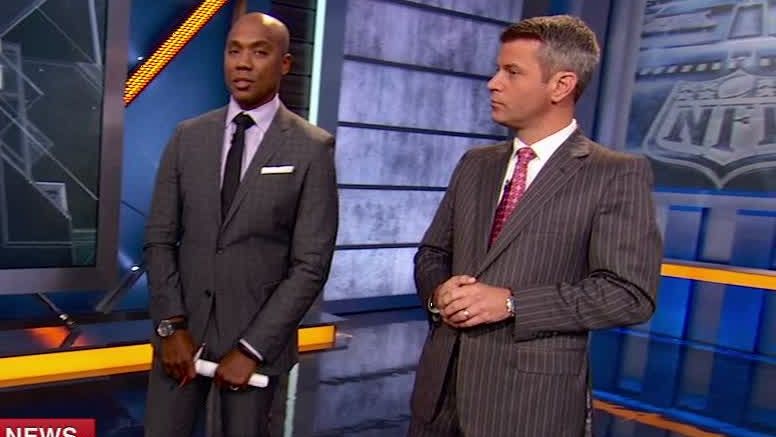