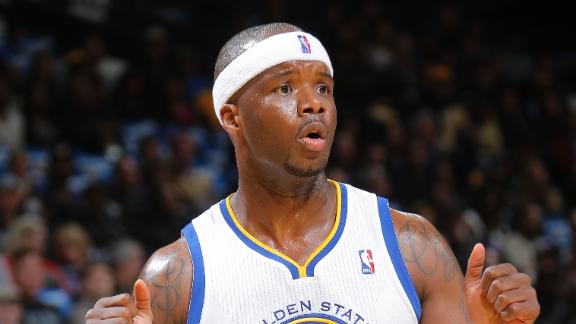 DALLAS -- Jermaine O'Neal has called off his comeback plans for now, the veteran big man announced Monday on Instagram.

The Dallas Mavericks, one of several teams to express interest in O'Neal, were optimistic that they would sign the 18-year veteran soon after the All-Star break.

However, O'Neal wrote that "the time isn't right for me to play now."

O'Neal, who has been training privately in the Dallas suburb of Southlake since the start of 2015, informed the Mavs on Monday that he simply wasn't able to get physically prepared for NBA game action.

"I don't feel like I'm at that position now with just seven weeks of training, and I'm not comfortable making that commitment at this point," O'Neal wrote in a separate Instagram post. "The issue for me is timing and things feeling right. I'm a true believer of signs and listening and understanding life."

A source told ESPNDallas.com that the Mavs, who hoped to add both Amar'e Stoudemire and O'Neal to their bench, would still be open to signing O'Neal if he reconsiders his plan to stay retired. Stoudemire has committed to joining the Mavericks after negotiating a buyout with the Knicks over the weekend and being officially waived Monday.

The Mavs originally expected to sign O'Neal before the All-Star break, but he acknowledged on Instagram that he suffered a physical setback during his training, which started after he traveled to Germany for treatment on his knees.

Mavericks coach Rick Carlisle lauded O'Neal's efforts to make this comeback, telling ESPN.com's Marc Stein that Dallas wants to "keep all communication open for the possibility that he could play with us next year" if the 36-year-old decides to play on.

"We met with Jermaine immediately after the [Rajon] Rondo trade," Carlisle said. "He said that, being a Dallas resident, he had great interest in playing for us, but also that he had to go through a conditioning process to see if his body would take to it.

"We said that we were willing to wait and help in any way possible. And we understood that this process was going to take us to at least mid-January. Unfortunately in late January he had a little bit of a setback during training his foot and then forced him to stop training for a couple weeks.

"We understood that there were no guarantees with this thing and we appreciate all of his efforts. He did all of this stuff by himself. He went to Germany to get treatment on his knees and then he went through a rigorous process of conditioning. He only wanted to play for the Mavs and he did everything in his power to make it happen.

"Unfortunately it was not meant to be right now, but my relationship with him goes back for almost two decades, so we want to keep all communication open for the possibility he could play with us next year."

O'Neal averaged 7.9 points and 5.5 rebounds in 20.1 minutes per game last season for the Golden State Warriors. He was a six-time All-Star with the Indiana Pacers -- spending four of those seasons playing for Carlisle -- and has career averages of 13.2 points and 7.2 rebounds per game.