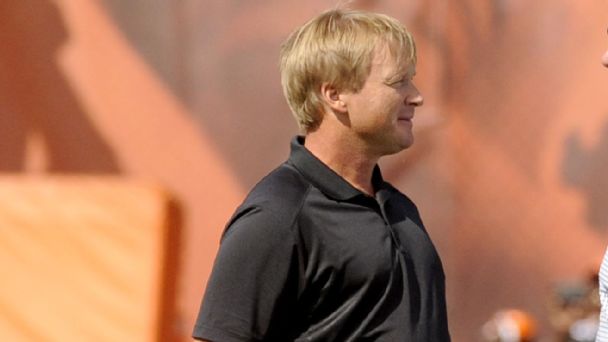 Gruden intends to remain in the television booth, sources said, in part because of the coaching restrictions of the NFL's collective bargaining agreement.

According to multiple reports, Irsay also met with Peyton Manning, hoping the former Colts quarterback would be interested in a front-office job. However, a Manning hire is considered unlikely.

Gruden has denied any discussions with Irsay, saying: "I know nothing. I've told people I'm not coaching. I'm a broadcaster. I'm not a coach." He previously resisted exploratory calls this offseason from the San Francisco 49ers and Los Angeles Rams, sources said.

Irsay's run at Gruden is another sign of the state of his feeling toward the organization. Team sources recently said Irsay was "very unhappy" with Indianapolis' performance this season, when the Colts went 8-8 and missed the playoffs for the second straight season.

Despite the interest in hiring Gruden, the Colts are planning to bring back coach Chuck Pagano for his sixth season in 2017, sources confirmed to ESPN.The team's decision to retain Pagano was first reported by The Sporting News.