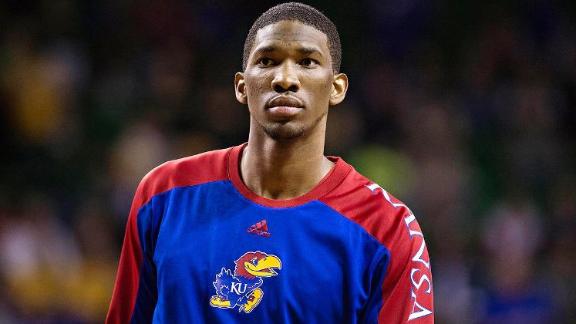 The 7-foot Cameroon native averaged 11.2 points, 8.1 rebounds and 2.6 blocks this past season, and was considered the front-runner to be taken No. 1 in the June draft until a back injury forced him to sit out the Big 12 and NCAA tournaments.

Embiid had been mulling whether to return for his sophomore season for weeks. He said during a news conference Wednesday at Allen Fieldhouse that he reached his decision Sunday.

"I just want to thank the coaching staff, my teammates, the fans, my mentor, everybody that has helped me through my journey," said Embiid, who was accompanied by coach Bill Self.

Multiple NBA executives believe Embiid still has a chance to go first overall, but it's dependent on the medical testing that comes back at the Chicago predraft camp and also when he visits teams.

It's likely that Embiid, teammate Andrew Wiggins and Duke freshman Jabari Parker -- if he chooses to leave -- will be the top three picks in the draft. Wiggins already has announced he will leave for the NBA after one season in Lawrence, while Parker has yet to make a formal decision.

Embiid was not considered a lottery pick entering the season, but quickly made his way up the draft boards with his ability to score in the post and also change the game on the defensive end. Embiid, who grew up playing soccer and volleyball, only decided to pursue basketball a few years ago.

"I don't think anybody could say Jo was making a poor decision by entering the draft," Self said. "Under almost all circumstances this would be the obvious choice to make. The thing with Jo, what he was weighing was he's still so young in the sport."

Embiid told ESPN earlier in the season that he was "strongly considering" returning to Kansas for his sophomore campaign. However, sources told ESPN that he was advised to come out after this season, especially after suffering the back injury. One of his key advisers is countryman and Minnesota Timberwolves forward Luc Richard Mbah a Moute.

"Hakeem Olajuwon called me and I talked to him a little bit. I talked to Luc, my mentor. I talked to Nicolas Batum from the Portland Trail Blazers," Embiid said. "They didn't tell me what to do, they just gave me the advantages and disadvantages."

Embiid initially injured his back in the second half of a home win against West Virginia and sat out a Feb. 15 win against TCU. He played the next three games before reinjuring his back against Oklahoma State on March 1. The school has said the injury was a stress fracture in his back.

Kansas C Embiid Declares For NBA Draft
Chris Broussard discusses how Joel Embiid is viewed by NBA front offices and where he is likely to be selected in the NBA draft. 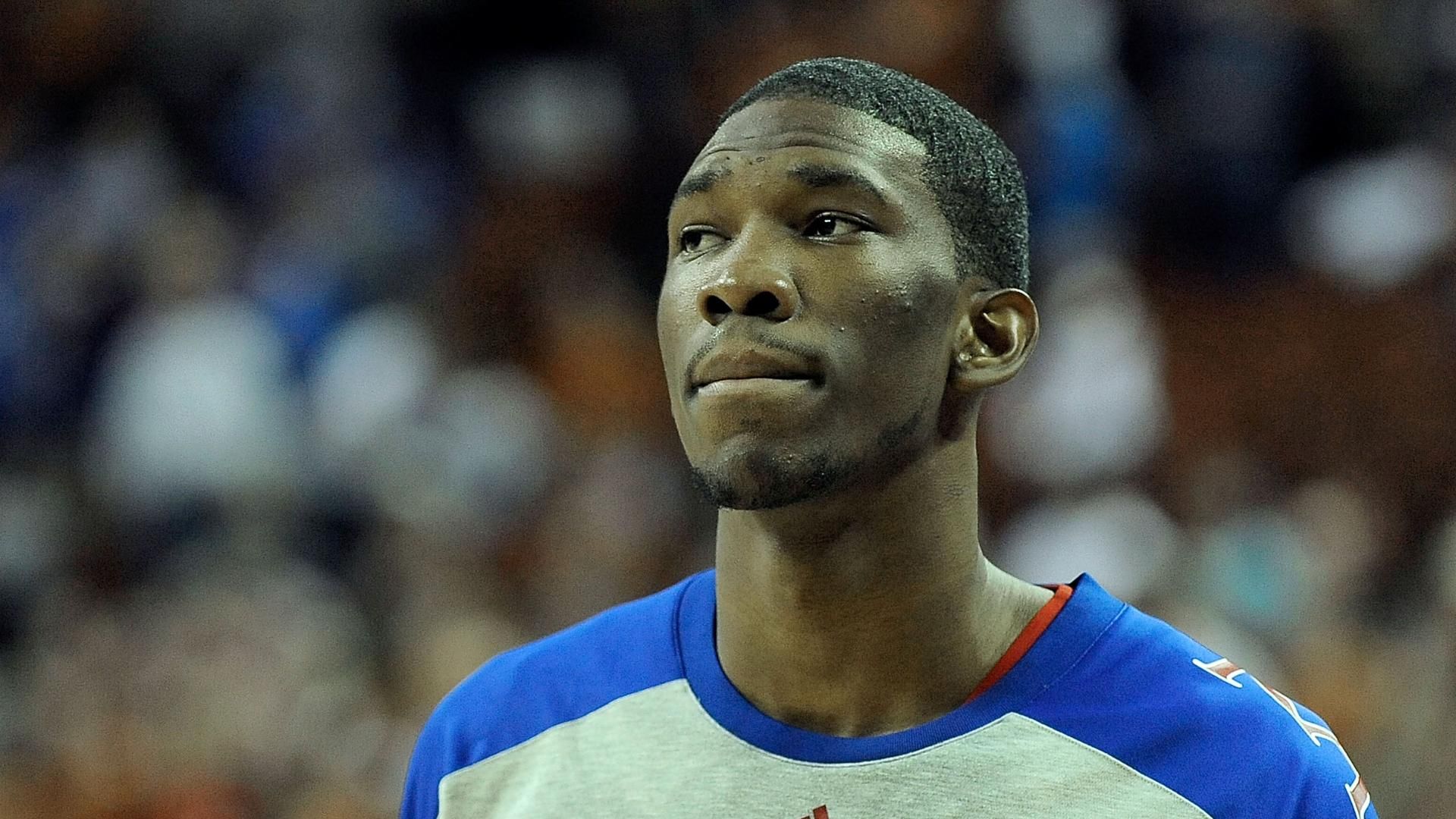