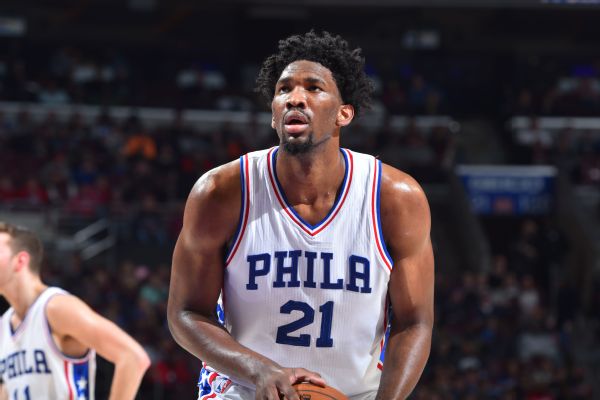 Embiid directed an obscenity at LaVar Ball, the father of Los Angeles Lakers rookie Lonzo Ball, in an Instagram Live video posted earlier this week. Embiid can be heard saying in the video, "F--- LaVar Ball."

LaVar Ball quickly fired back at Embiid's remark, telling TMZ, "He's got three words. His vocabulary is limited. You gotta use cuss words when you don't have no intellect. He's not intelligent at all. He shouldn't worry about me, he should be worried about playing."

Embiid has used social media to take jabs at LaVar and Lonzo Ball before. Last month, after LaVar declared the Lakers would be playoff-bound in 2018 after drafting Lonzo with the No. 2 overall pick, Embiid and teammate Ben Simmons subtweeted some thinly veiled shots at the father-son duo, with Embiid tweeting, "Please dunk on him so hard that his daddy runs on the court to save him."