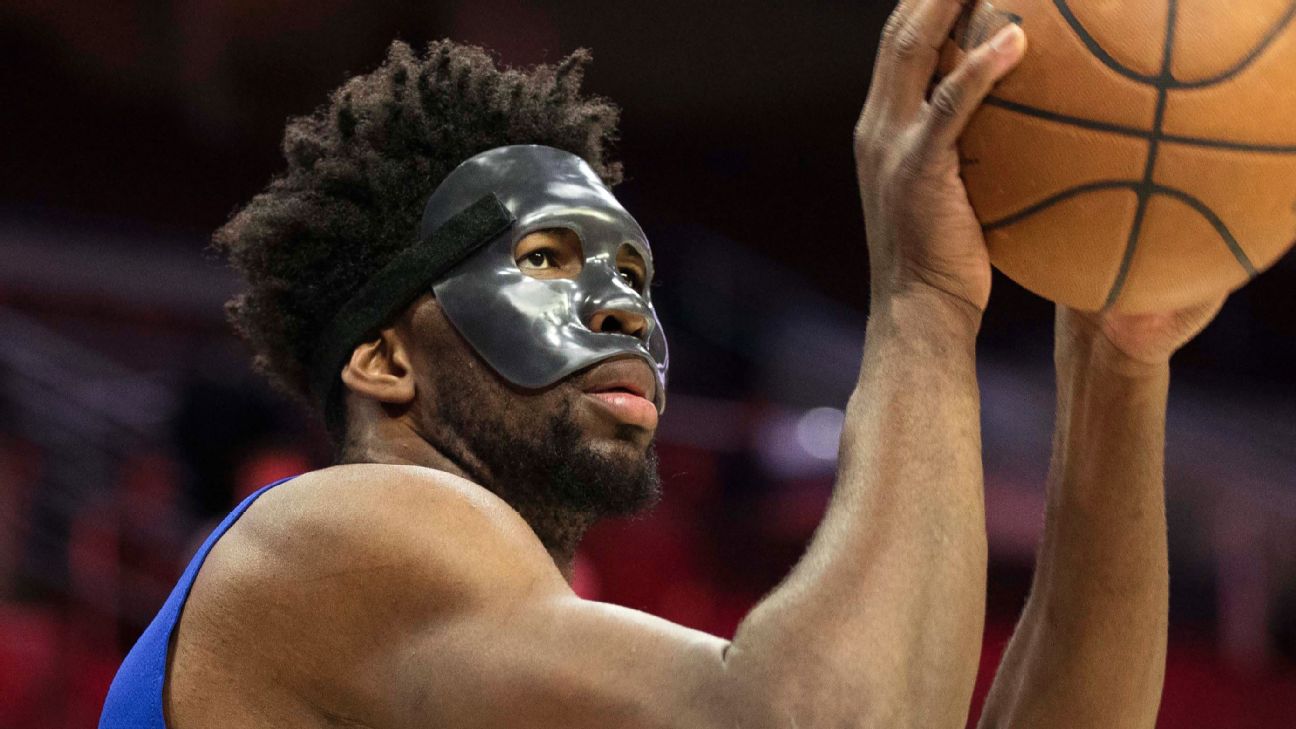 Philadelphia 76ers All-Star Joel Embiid was courtside with the team at the Wells Fargo Center on Wednesday night, wearing a dramatic black face mask to aid his recovery from an orbital bone fracture.

Embiid, who has missed seven games since being injured, went through some shooting drills with the mask before the Sixers' final regular-season game against Milwaukee, a 130-95 win for Philadelphia.

He isn't likely to be wearing the striking black mask once he gets back on the court. The NBA prefers that players wear clear masks, and in 2014 made LeBron James change from a black carbon-fiber mask to the clear version.

Embiid said it is "unlikely but still a chance" that he plays this weekend's Game 1 of the playoffs. Embiid suffered the injury March 28 in an on-court collision with teammate Markelle Fultz.

"I want to play but right now I feel like I'm not ready yet,'' Embiid said. "It's getting there. I've got to keep working every day. With the way it's been progressing, I'm hopeful I'll be back soon.''

76ers coach Brett Brown has not committed to a timeline for the big man's return.

"We do stuff slowly," Brown said. "He wakes up, we judge how he's done, we move on. In relation to stamping off on a target date, we really aren't in a position to do that. I do feel confident to tell you and the public that Game 1 is highly unlikely." 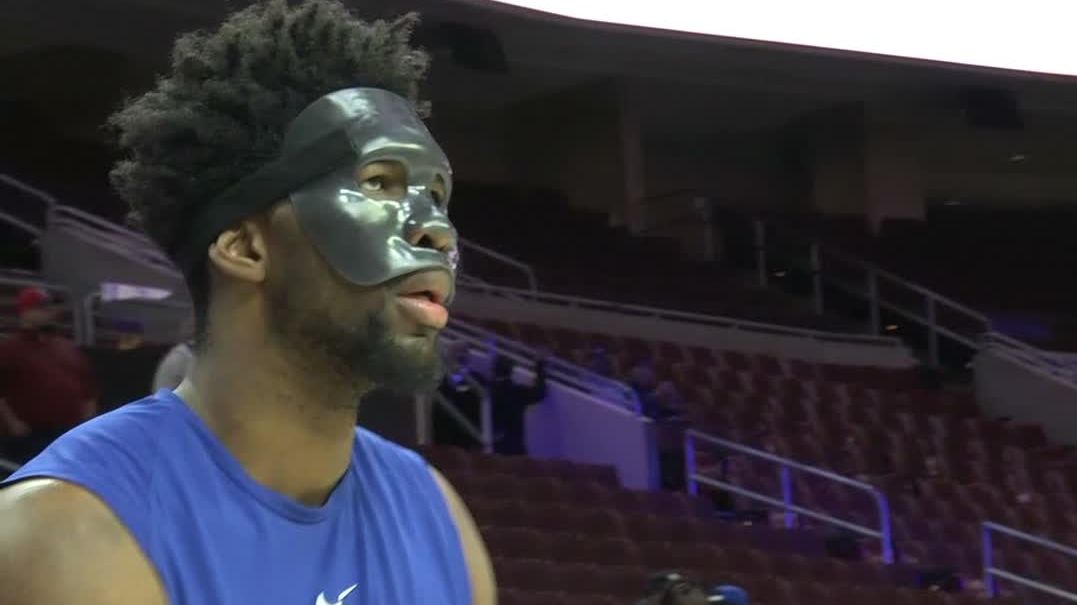