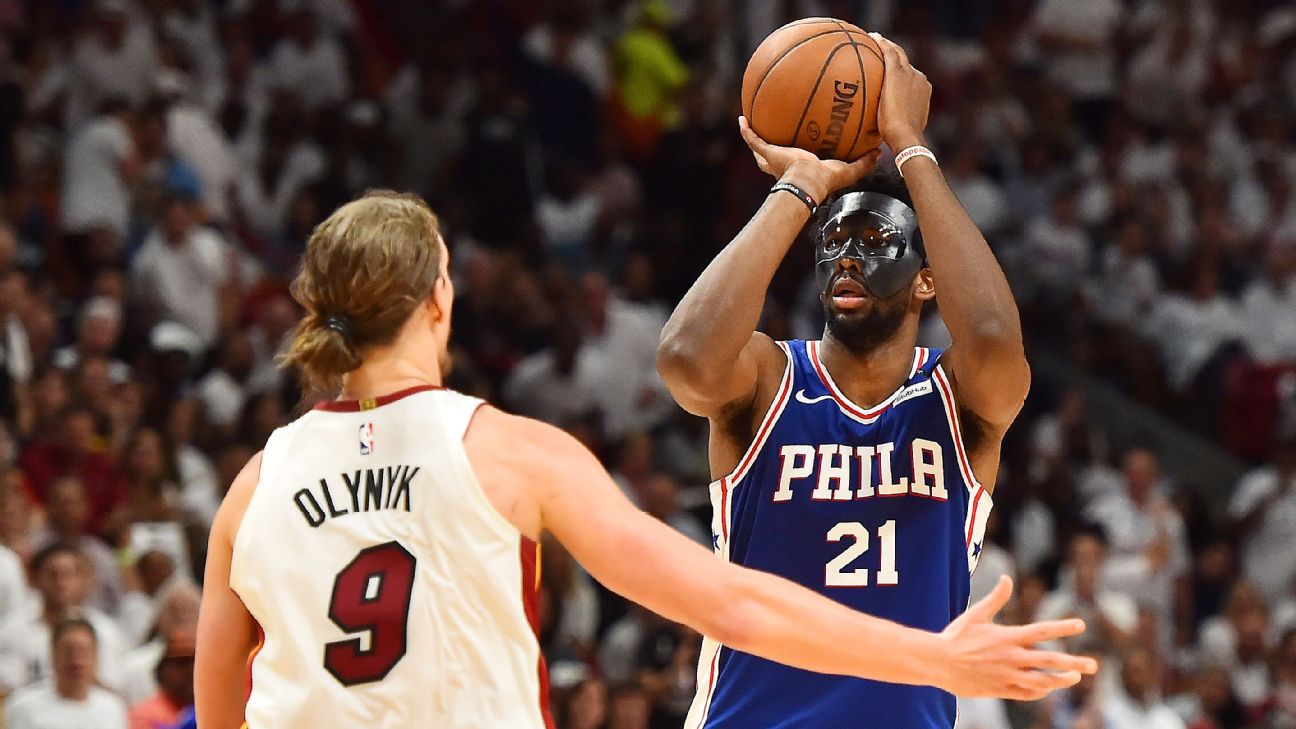 MIAMI -- A day after making his playoff debut, Philadelphia 76ers center Joel Embiid says he is "built for" postseason basketball.

"I feel like I'm one of the most physical players in the league -- I love contact, I love attacking, I love going to the free throw line," Embiid said Friday after scoring 23 points in the Sixers' Game 3 win over the Miami Heat a night earlier.

"I live for these moments," Embiid added. "I thrive in this type of atmosphere and I think I was built for this, especially playoff basketball."

Embiid returned to the court Thursday after missing the previous 10 games because of a concussion and orbital bone fracture. He played 30 minutes against the Heat, which he said was his first time playing in a 5-on-5 setting since March 28, when he suffered the injury in a collision with teammate Markelle Fultz.

Embiid said he felt "sore" Friday but didn't feel any discomfort in his face at the site of the orbital bone fracture.

"I need about five massages today. It hurts," Embiid said, drawing laughs from reporters. "But it's the NBA. I'm trying to get back in the groove."

Embiid found his rhythm late in Game 3, scoring seven consecutive points midway through the fourth quarter to help the Sixers pull away.

He wore a black mask to protect his facial injury and said Friday that he had trouble with it throughout the game.

"I think it's still going to be annoying [in Game 4 on Saturday]," said Embiid, who also had seven rebounds and four assists in Game 3. "But that's the only way that I can be on the floor, so I have to do it and I'm going to keep on doing it."

Embiid said the goggles on his mask -- which Justise Winslow famously stepped on in the first half of Game 3 -- fogged up at times during the game.

"While we were actually playing I felt like just taking them off and throwing them," he said.

In addition to dealing with an uncomfortable mask, Embiid -- and his teammates -- probably will encounter a more physical effort from the Heat in Game 4. Philadelphia has a 2-1 lead in the best-of-seven series.

Sixers head coach Brett Brown says his players fully expect Miami to be more physical with his team on Saturday after Philadelphia scored 128 points and made 18 3-pointers in Game 3.

"We know what [Game 4 is] going to look like physically. We completely get it," Brown said before Friday's practice.

The Heat and Sixers where whistled for 56 personal fouls combined in Game 3. Each team received three technical fouls. 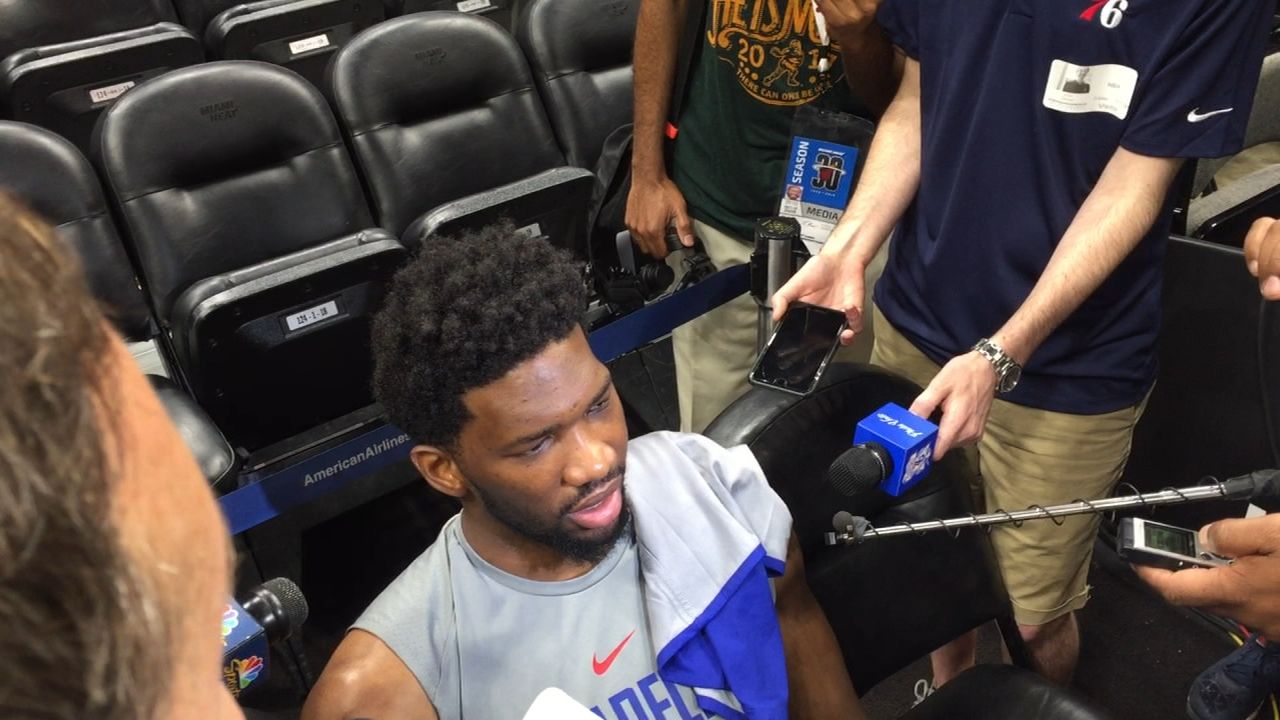 Embiid on playoffs: 'I feel like I was built for this'
Joel Embiid breaks down how it feels playing in the mask, playoff basketball and his playing style.
Report a correction or typo
Related topics:
sportsespnpostseasonjoel embiidphiladelphia 76ersnbaplayoffs
Copyright © 2020 ESPN Internet Ventures. All rights reserved.
More Videos
From CNN Newsource affiliates
TOP STORIES