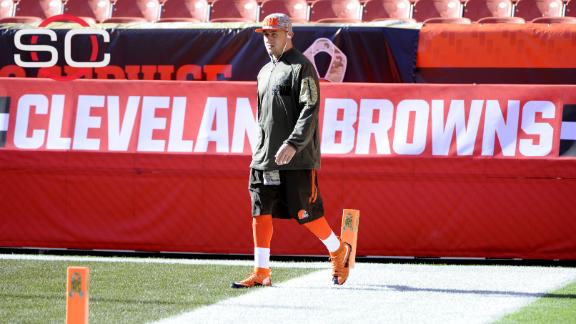 Josh McCown's painful rib injury means Manziel gets his second start of the season, the fourth of his career.

"On the short week, we realized that Josh just wasn't going to be able to get to the point where he could go," Browns coach Mike Pettine said in a statement. "Johnny has worked hard to prepare himself. He is excited about his opportunity and we are all looking forward to the challenge."

Manziel started the second game of the season and had two deep touchdown passes in a 28-14 win over Tennessee. He had two starts last season as a rookie, both losses. The first was against the Bengals, when he threw for 80 yards in an embarrassing 30-0 defeat.

"I think a lot of ground has been covered," Pettine said of Manziel's play over his two seasons. "I think he's a different player."

"I think he has done a much better job this year of doing exactly what he has been asked to do, inside and around us," Farmer said. "When we see him here in the building Johnny has been doing the right things that we want to see him do from a learning and growth perspective."

Manziel will start as an NFL investigation continues into a domestic incident he had with his girlfriend Oct. 12 in Avon, Ohio. That night, callers to 911 said Manziel was driving at a high rate of speed on the shoulder of a highway and that his girlfriend tried to exit the car while it was getting off the highway.

Police questioned Manziel and Colleen Crowley, who said Manziel had hit her, the police report said. Police let the couple leave together. No charges were filed. Both later posted on social media that they had an argument that got out of hand, and their relationship was fine.

The NFL has been investigating to see if Manziel violated the league's personal conduct policy. No decision on possible discipline has been reached.

In three games this season, Manziel has completed 28 of 50 passes for 393 yards, with three touchdowns and one interception. He has a passer rating of 93.2.

"He's been through two weeks of preparation for [Cincinnati in 2014], and on a short week as well. He's drawing from those experiences," McCown said of Manziel.

In his seven starts, McCown has thrown 11 touchdowns, four interceptions and ranks 12th in the league with 1,897 passing yards. It's not yet known if he will be able to serve as the backup. If McCown can't play, Austin Davis would be the backup behind Manziel.

McCown tried to play with the rib injury Sunday against Arizona, but he became more and more hobbled after each hit. The team made no secret that they had hoped he could play Thursday.

On Tuesday, however, McCown said he had trouble breathing and sleeping with the injury. When he missed the only on-field work of the week Tuesday night, it was evident his chances of playing were slim.

The Bengals' defense has given up just 18.9 points per game, which ranks seventh in the league.

In addition to the short work week, Manziel also will be without two of his top four receivers as Brian Hartline and Andrew Hawkins are both in the NFL's concussion protocol and are not expected to play.

Cornerback Joe Haden and safety Donte Whitneralso are expected to miss the Bengals game. Both left the loss to the Cardinals with concussions. 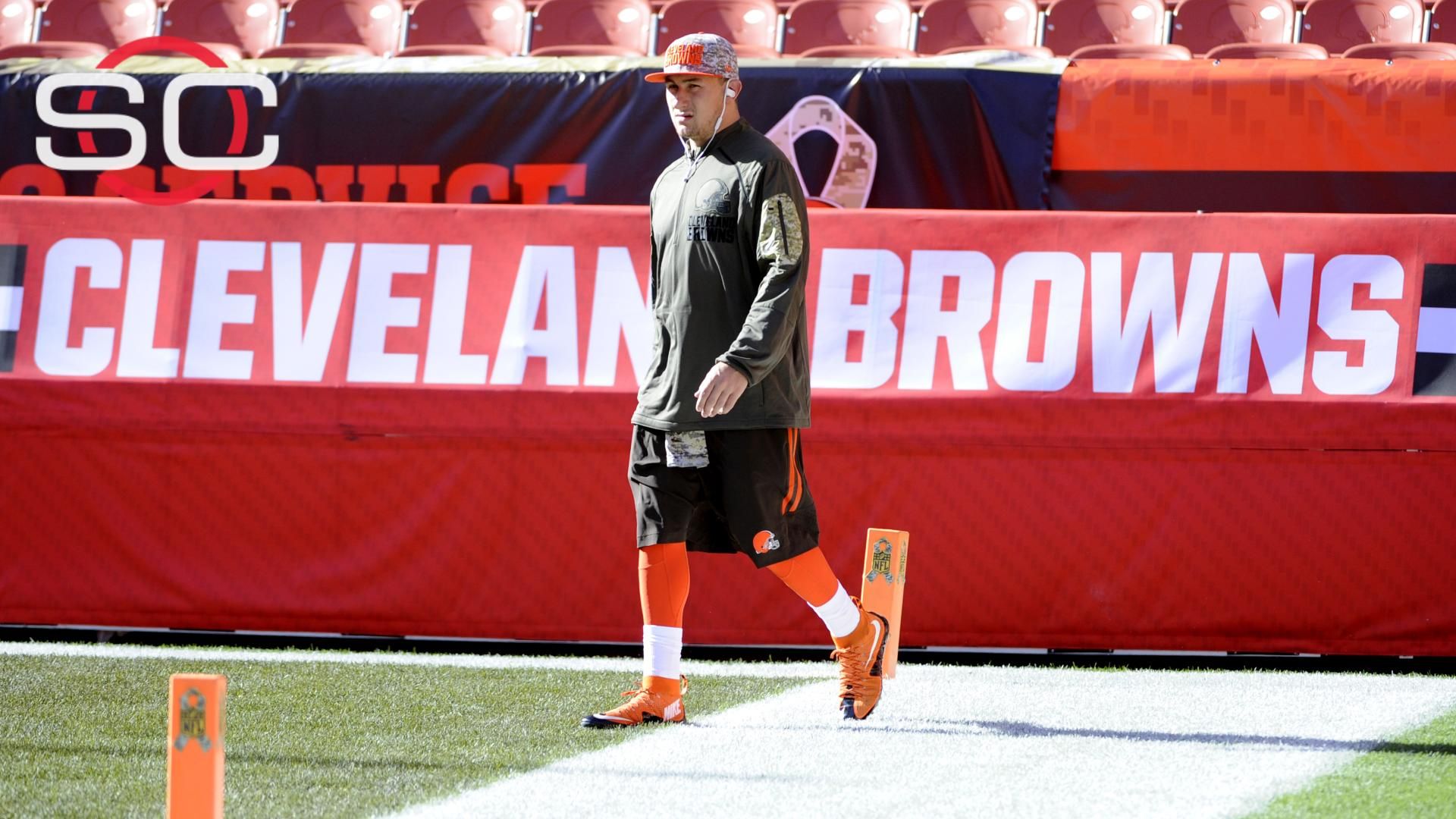