Jose Reyes accepts suspension through May 31 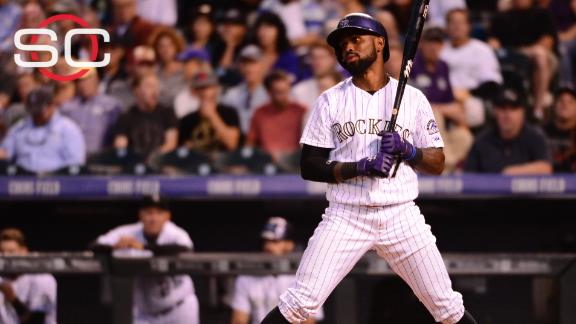 Major League Baseball announced Friday that it has suspended Colorado Rockies shortstop Jose Reyeswithout pay through May 31 for violating its domestic violence policy.

Reyes agreed to the punishment and will not appeal. The penalty stemmed from an alleged altercation with his wife at a Hawaii resort in October.

"I want to apologize for everything that has happened," Reyes said in a statement. "I am sorry to the Rockies organization, my teammates, all the fans and most of all my family.

"I am happy to put this all in the past and get back to doing what I love most, playing baseball. My wife Katherine has remained by my side throughout everything and for that I will be forever grateful."

The suspension is retroactive to Feb. 23, when Reyes was placed on paid leave.Through Friday, he had missed 35 games.

Reyes will lose $6,251,366 in salary as a result of the suspension, sources said. That amount was negotiated with the players' association, as part of an agreement that he would lose pay for 52 games based on the 183 days that span the regular season.

Reyes is scheduled to make $22 million this year.As part of the discipline, he has agreed to donate $100,000 toward the prevention and treatment of domestic violence.

He can take part in extended spring training and is eligible to start a minor league rehabilitation assignment June 1. The Rockies are 17-18 without him after Friday's 5-2 win over the Mets.

"Our club has shown me that they are very adaptable and that they are made of the right stuff," manager Walt Weiss said. "I'm not worried about it. It's not a concern for me right now. We have a good thing going and a good culture, and it's taken some time to get there, and I am proud of that aspect of our club. Our guys handle adversity very well."

Sources told ESPN's Buster Olney that teams are interested in talking with the Rockies about a trade for Reyes, a four-time All-Star acquired in July.

Reyes was arrested Oct. 31 in Hawaii on a charge of domestic violence. He was allegedly involved in an argument with his wife that turned physical.

Hawaii News Now reported that Reyes grabbed his wife by the throat and shoved her into a sliding glass door at their Maui hotel room, resulting in injuries to her thigh, neck and wrist. Reyes was released on $1,000 bail, was issued a citation and was told to stay away from his wife for three days.

Reyes was scheduled to go to trial in April, but prosecutors dropped the case when Reyes' wife refused to talk to them about what happened, calling her "an uncooperative witness."

"Mr. Reyes cooperated fully with my office's investigation," MLB commissioner Rob Manfred said Friday in a statement. "Having reviewed all of the available evidence, I have concluded that Mr. Reyes violated the Policy and should be subject to discipline in the form of an unpaid suspension that will expire on May 31st. I am encouraged by Mr. Reyes' commitment to the treatment provisions of the Policy in order to ensure that such an incident does not occur in the future."

During Reyes' absence in the regular season, rookieTrevor Storyhas filled in and been one of baseball's big surprises. Story hit two home runs off Arizona ace Zack Greinke on Opening Day in his major league debut, established the rookie record for consecutive games with a home run to start a career (four) and ranks among the big league leaders with 11 homers and 28 RBIs.

"I don't worry myself too much about the future or what's going to happen when Jose comes back," Story said. "Take it day by day, and things may work out."

Rockies veteran Carlos Gonzalez said the team had a meeting after Friday's news. He said the decision won't affect the Rockies and that they will stand by their teammate.

"I talked to him," Gonzalez said. "He didn't want to say much on the phone. He wanted to see me in person, as a friend. That's what I am looking forward to. I am happy that he's going to start playing baseball again. People make mistakes, and he's getting another opportunity, and he's doing the right thing now, and hopefully he won't make the same mistake again."

Reyes is the second player suspended under the domestic abuse policy adopted in August. New York Yankees closer Aroldis Chapman was banned 30 games for allegedly choking his girlfriend after an argument at his home in Davie, Florida. Arainout cut the games he missed to 29.

Information from ESPN's Marly Rivera and The Associated Press was used in this report. 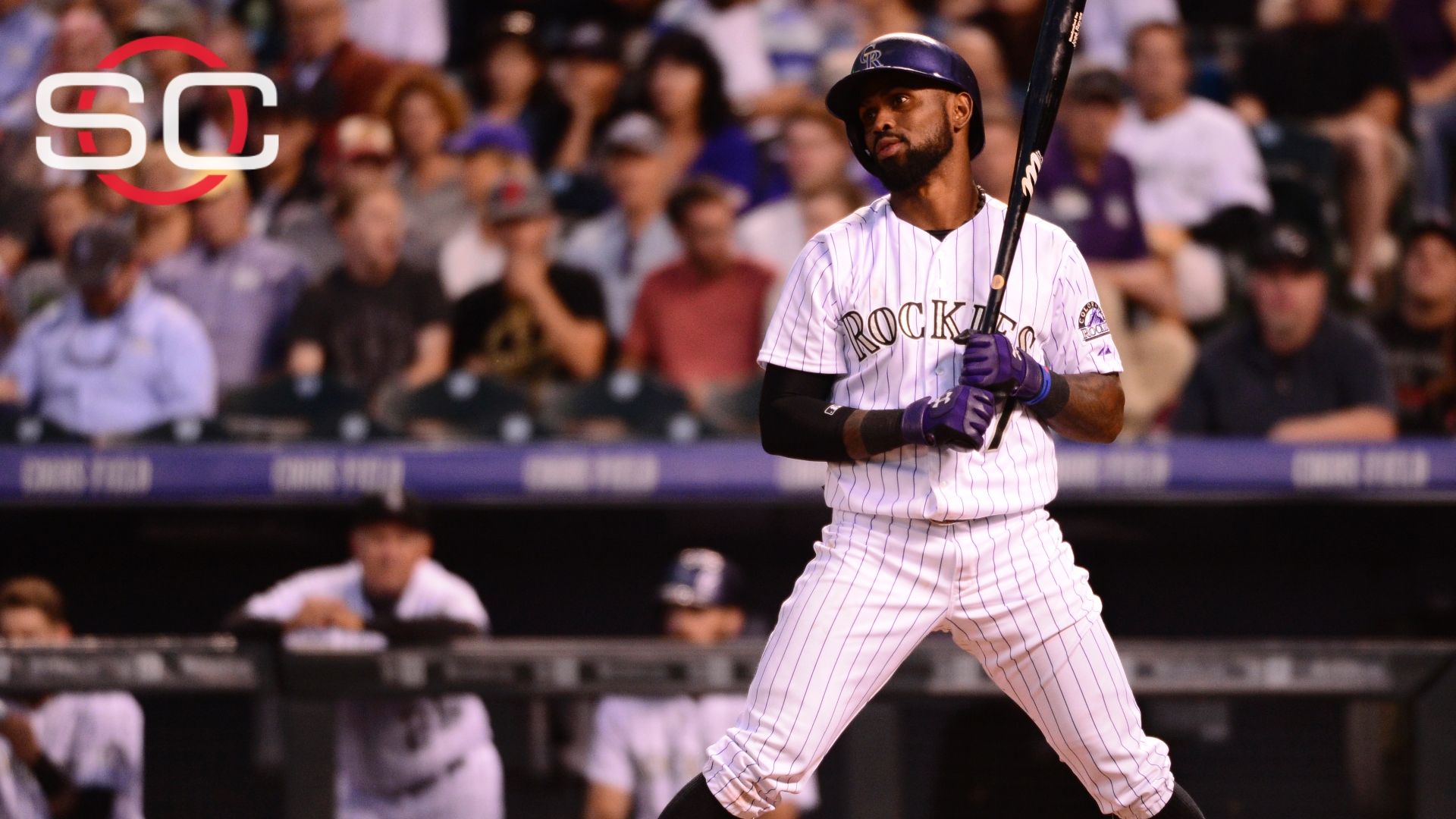