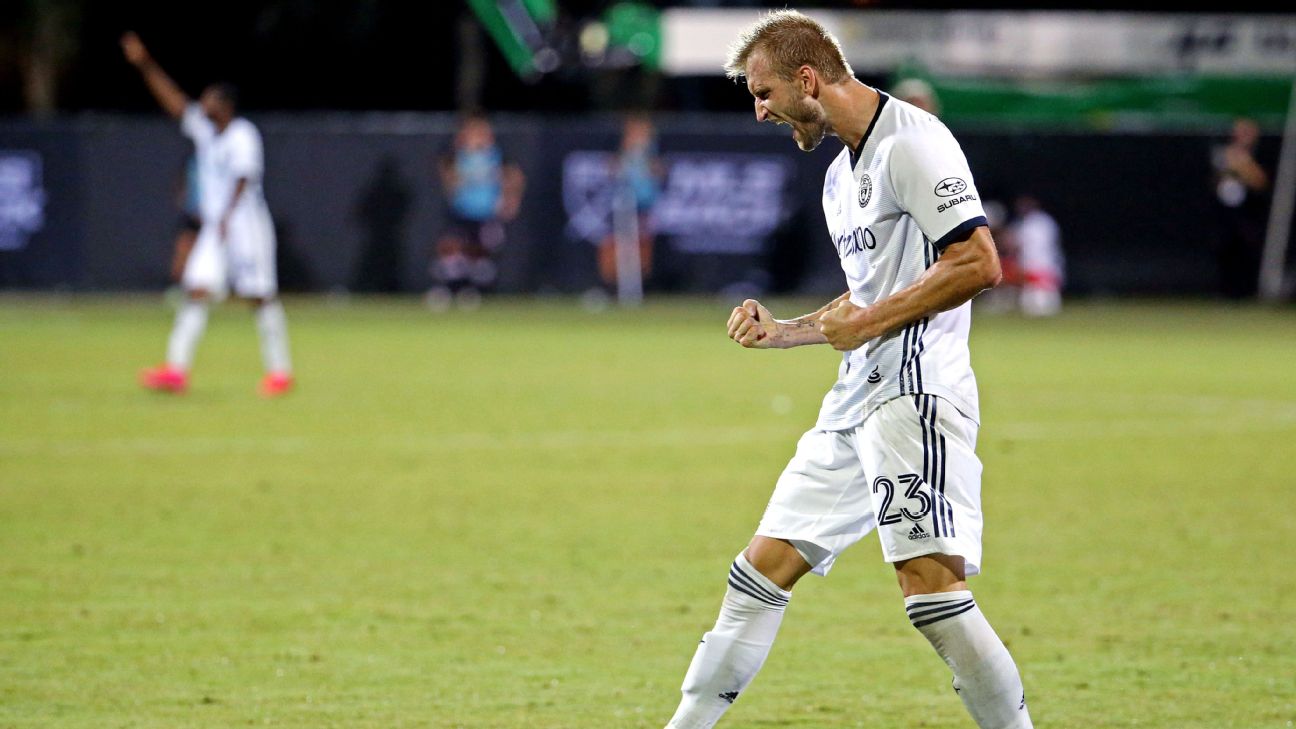 Kacper Przybylko scored the game-winner in the second half, and Andre Blake finished with three saves to lead the Philadelphia Union to a 2-1 victory over Inter Miami on Tuesday night in the MLS is Back Tournament at the ESPN Wide World of Sports Complex near Orlando, Fla.

Kai Wagner also scored for Philadelphia, which guaranteed itself a spot in the round-of-16 knockout stage with the second-round Group A victory. The Union will play Orlando City, which also improved to 2-0-0 in Group A with a 3-1 victory over New York City FC earlier Tuesday, for first place on Monday night.


- Stream MLS is Back on ESPN networks, app | FC Daily on ESPN+

- The Undefeated:How Black players in MLS want to make a change

-Schedule, TV info: What you need to know about MLS is Back

Rodolfo Pizarro scored for Inter Miami. The expansion club remains winless in team history, losing all four games by one goal. Luis Robles finished with one save.

"It's maddening, frustrating that we haven't had the results that we maybe deserved because of stupid errors," Pizarro said post-match. "We just need to keep working, think we're on the right path. No opponent has got the better of us."


Philadelphia, which opened the tournament with a 1-0 victory over Group A favorite New York City FC, jumped out to a 1-0 lead in the fifth minute on Wagner's first career MLS goal. The 23-year-old left back from Ulm, Germany, pounced on a loose ball about five yards outside the 18-yard box and booted a shot that bounced off the hands of a diving Robles and inside the right post.

Inter Miami tied it in the 36th minute on Pizarro's second goal of the season. The 26-year-old Mexican international took a cross from fellow midfielder Matias Pellegrini in the middle of the 6-yard box and then fired a left-footed shot past Blake.

Przybylko, who had a first-half score waved off for being offside, then put the Union back in front in the 63rd minute. He finished a three-on-one breakout with a left-footed shot from the top of the right side of the box that beat Robles on the far side for his first goal of the season.

Inter Miami nearly tied it in the 83rd minute, but defender Roman Torres' header on a corner kick by Lewis Morgan went off the crossbar.

Miami ended the game with 10 men after defender Andres Reyes was given his second yellow card deep into second-half stoppage time.


"We play a sport where small margins are the difference and tonight we made a couple of mistakes and they punished us," Inter Miami midfielderWil Trapp said after the game. "I think we had opportunities as well in the attacking half to punish them and we took one of them and didn't take others." 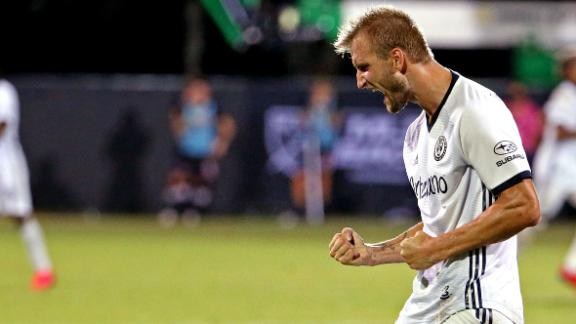 Union advance with 2-1 win over Inter Miami
Inter Miami remain pointless in 2020, while Philadelphia secure a place in the last 16. Watch MLS on ESPN+. 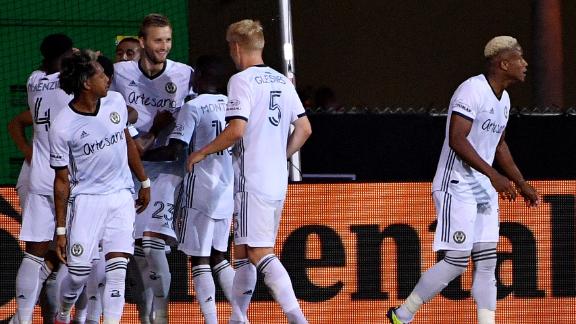 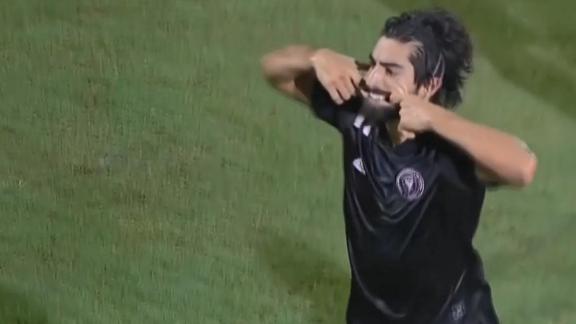 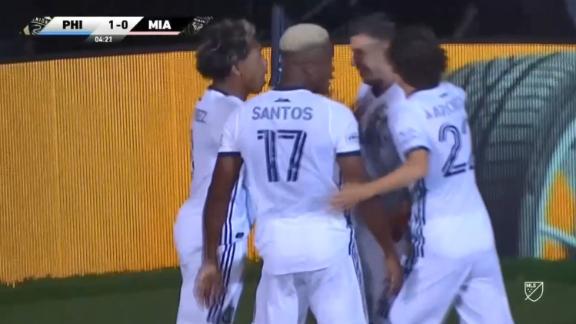