Katie Levitre gets game ball for watching game in labor 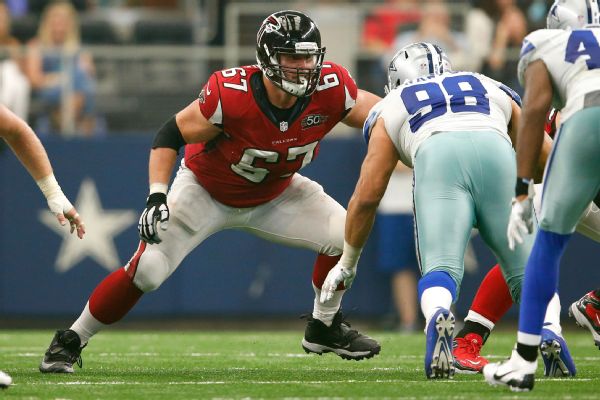 FLOWERY BRANCH, Ga. -- Atlanta Falcons coach Dan Quinn revealed an unusual first-time winner of a game ball after Sunday's NFC Championship Game for showing the type of grit he expects from his players.

As the Falcons prepare for the Super Bowl after Sunday's 44-21 win over the Green Bay Packers, Quinn on Monday made sure to recognize her dedication by awarding her a game ball.

"We gave Andy Levitre's wife a game ball because it was a week late, and we put 'ultimate toughness' on it," Quinn said. "She had gone into labor during the game, but waited it out. So we thought that was definitely worth the game ball. ... She doesn't know that yet, so if she's watching, Andy will bring that today."

Levitre told Fox 5 in Atlanta that he didn't know his wife was in labor until after the game, when a team staffer told him.