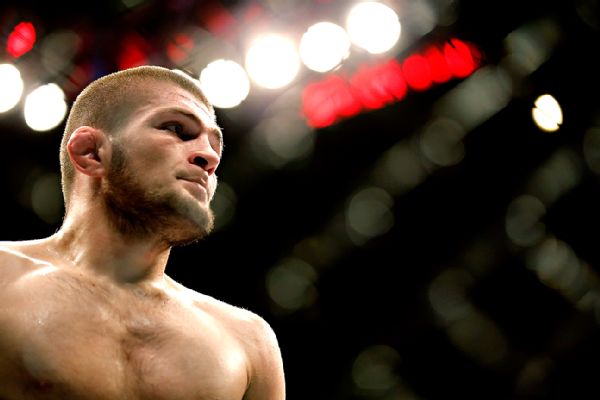 Undefeated UFC lightweight Khabib Nurmagomedov's efforts to secure a title shot against Conor McGregor now include a direct message to the defending champion on social media.

Nurmagomedov (24-0) has campaigned for a title shot all year, and was even seen demanding it from UFC president Dana White during his recent win against Michael Johnson at UFC 205 on Nov. 12.

McGregor (21-3), however, seems disinterested in the matchup for now. Shortly after defeating Eddie Alvarez at UFC 205, the Irish star called Nurmagomedov a "consistent pull-out merchant," and expressed concerns over his ability to stay healthy. Nurmagomedov missed all of 2015 due to various injuries.

McGregor made history at UFC 205, becoming the first athlete to ever simultaneously hold two UFC titles at the same time. White has stated McGregor will have to vacate one of the titles, but that has not happened yet.

At the same time Nurmagomedov is claiming McGregor is ignoring his challenge, McGregor was tweeting Wednesday that he has no competition.

At the UFC 205 post-fight news conference in New York, McGregor confirmed he is expecting the birth of his first child in 2017. White told the Los Angeles Times the UFC is expecting McGregor to return to the Octagon no sooner than May.