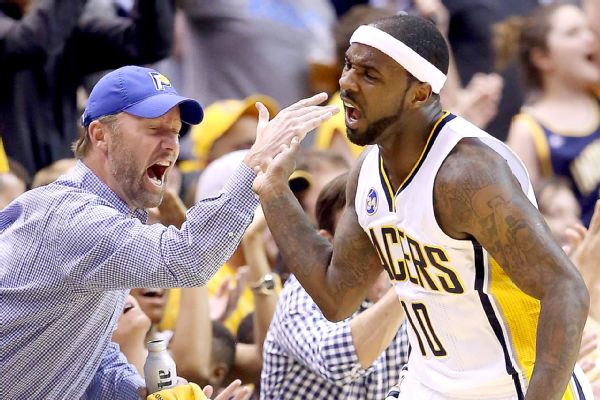 Lawson won the duel for the Kings' 15th roster spot and is expected to open the season as the stand-in point guard for suspended Sacramento starter Darren Collison, despite the fact that Lawson showed up late for one morning shootaround and missed a team flight the following day earlier this month.

New Kings coach Dave Joerger has been a big backer of Lawson, insisting in recent days that there is "no situation" with Lawson and repeatedly praising the veteran guard's play throughout the preseason.

Lawson was summoned to meet with club officials after he missed a team flight from Las Vegas to Kentucky for a recent exhibition game in Lexington, but Kings general manager Vlade Divac ultimately told local reporters that the team was satisfied with Lawson's explanation that a "personal issue" caused him to miss the flight.

"We handle it inside [the] house," Divac said after the meeting with Lawson. "He got the message, and we move forward."

The Kings signed Lawson, 28, in late August to a one-year minimum deal that was non-guaranteed, in hopes that he would seize the opportunity to resurrect his career and fill a void in the team's backcourt.

Sacramento will be forced to play its first eight regular-season games without Collison, who received that punishment from the league after a misdemeanor conviction for domestic assault. The Kings signed Lawson only after considerable internal deliberation, given the veteran guard's history of legal woes, which include four arrests for driving under the influence.

The Kings had also recently signed Farmar, who played in Memphis last season under Joerger, as a potential fill-in for Collison. Cousins, who is not related to Kings star big man DeMarcus Cousins, was a second-round pick in June, taken by Sacramento with the No. 59 overall selection.

After struggling last season in stints with Houston and Indiana, Lawson told The Undefeated's Marc J. Spears in a July interview: "It would be big to be back to my old self again. Also, it's not for just me, it's for my parents. They have had a hard time seeing what I've been going through. I know they hear the little comments at NBA games. To make them proud again would mean the world to me."
Related topics:
sportsespnrosterjordan farmarsacramento kingsty lawsonnbacutsisaiah cousins
Copyright © 2022 ESPN Internet Ventures. All rights reserved.
TOP STORIES
Crews battle wildfire in Ocean County, New Jersey
AccuWeather: Tracking showers and thunderstorms Monday
Body of man found burned behind Philadelphia home: Police
South Philly shooting leaves 3 injured; at least 29 shots fired
Viewing held for firefighter killed in building collapse
Target, Walmart weigh paying you not to bring back unwanted items
Catholic Church leaders praise Supreme Court's ruling
Show More
At least 6 dead, 200 injured after stands collapse during bullfight
Avalanche win Stanley Cup, beat Lightning 2-1
2022 Stonewall Awards Brunch held in Center City
Dog food recall over possible salmonella contamination
Cape May beach dedicated to lifeguard who died while on the job
More TOP STORIES News