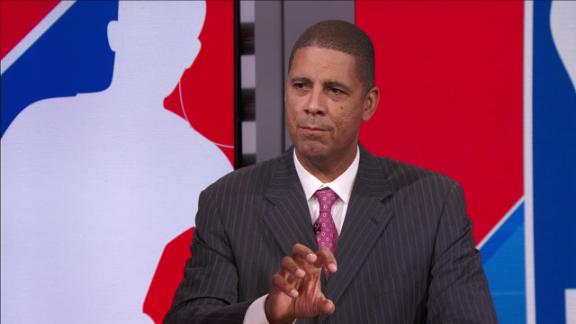 The moves come two days after Oakley was forcibly removed from a Knicks game and arrested.

Dolan, speaking during The Michael Kay Show on ESPN New York 98.7 FM, said the policy regarding Oakley wasn't necessarily a lifetime ban but that the Knicks needed to keep the Garden "a place that's comfortable and safe."

Dolan said Oakley was verbally abusive in front of fans "in a nasty way."

Dolan said the firing ofFrank Benedetto, the senior vice president for security of MSG, was related to the Oakley incident.

"That was just a situation where the person didn't work out and this was probably the last straw," Dolan said in the radio interview. "We're obviously looking at everything that we did here along the way and what happened. That's one of the casualties."

"He may have a problem with alcohol," Dolan said. "We don't know."

Oakley has refuted the Knicks' version of events. He thanked his supporters via Twitter on Friday night, saying he would hold a news conference next week.

"They got cameras following me all the way down to my seat," Oakley said in an interview with Fox 5 New York. "I didn't get up until they walked over to me. So it can always [be] a story after a story, you know how it goes. PR stuff. But I'm not looking for PR. I just want to be treated right."

Oakley, 53, was a fan favorite for 10 seasons with the Knicks during a 19-year NBA career. He was arrested and charged with three counts of assault following an altercation in the stands near Dolan at MSG on Wednesday night.

Oakley is no longer comped tickets or invited to official team functions, though he still goes to games a few times a year when he buys his own tickets. He was there only a matter of minutes Wednesday before the altercation that included him hitting one security guard in the face and shoving at least one other before he was dragged away and handcuffed.

"The manner in which Mr. Oakley has been treated is troubling and he intends to pursue all legal rights and remedies he may have," attorney David Z. Chesnoff said in a statement. "We look forward to resolving this matter and welcome anyone who may have additional information, photographs, or videos of the events that took place to contact us."

The incident occurred during a stoppage in play as Kristaps Porzingis was shooting free throws in the first quarter against the visiting LA Clippers.

A police source told ESPN that Oakley had purchased a seat a few rows behind Dolan and was directing comments at the Knicks' owner. Oakley has denied he said anything to Dolan before being removed by security.

The Knicks on Friday released witness accounts that were given to MSG officials that described Oakley as being belligerent toward security guards and using racially insensitive and homophobic language.

"You do those things, you come to the Garden and you behave that way ... you will be ejected and banned," Dolan added. "That is the right thing to do. Yes, I understand he was a big star and a Knick, et cetera, but that doesn't excuse people from that kind of behavior."

Dolan also alleged in his interview with Kay that Oakley has drinking or anger-management issues. The Knicks referenced this when they released a statement after Oakley's arrest that they "hope he gets some help soon."

Oakley has called that language "another smack in the face."

Dolan and Oakley have been at odds since Oakley's Knicks career ended in 1998. Oakley believes the team has ostracized him because he has been critical of the organization. Dolan said Friday that he hopes to mend the relationship at some point.

"Listen, there is nothing that would make me happier to see Charles Oakley at center court and being honored with the rest of his teammates and me shaking his hand," Dolan said. "All we really need for that to happen is for Charles to address these behaviors.

"He was a great Knick, and we would love to have him and all his teammates come and he should be up there at center court," he added. "But this behavior just doesn't work with that. Until he can address it and get it under control, then we probably won't be able to do it. Yes, I would love if that were to happen."

Information from ESPN's Ian Begley and The Associated Press was used in this report. 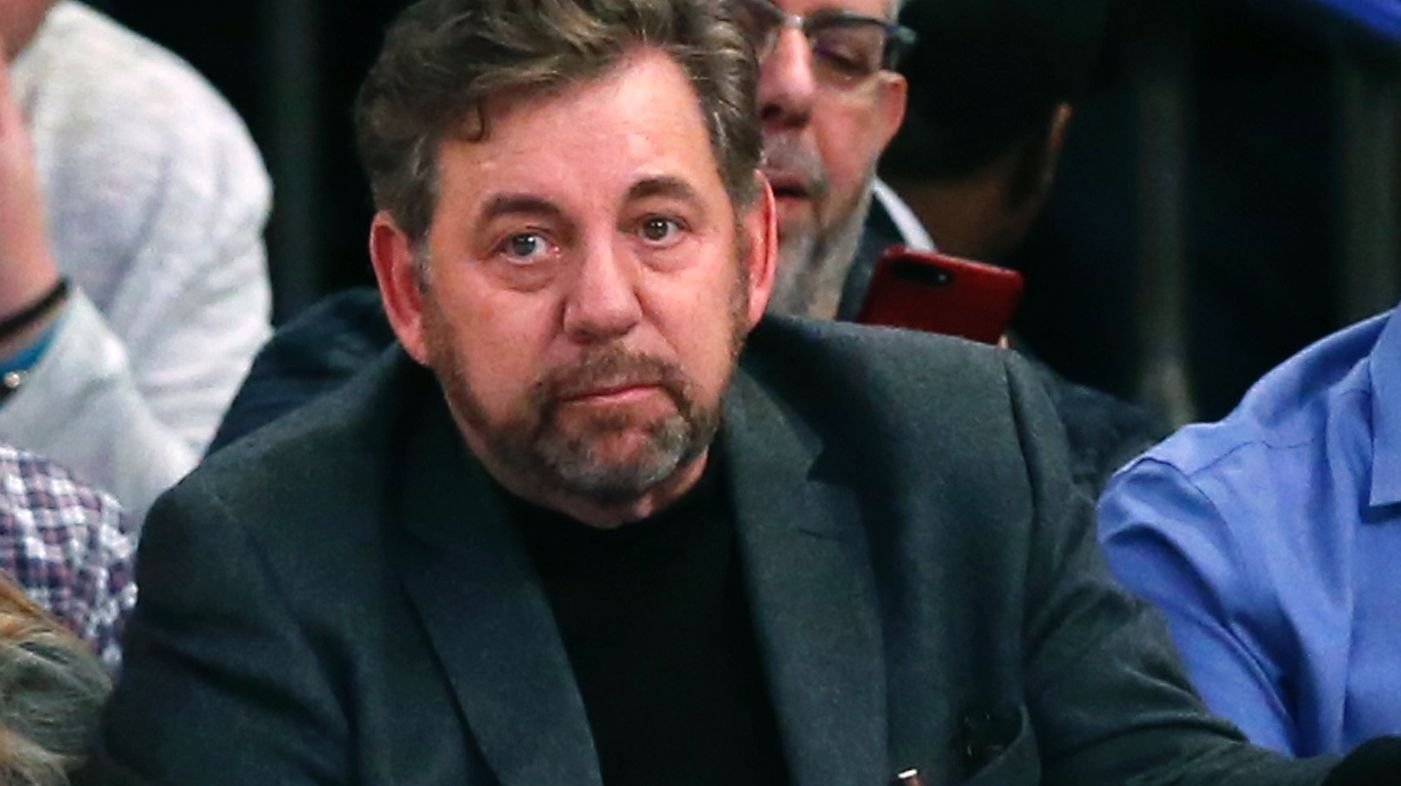 Dolan confirms Oakley banned from MSG
James Dolan says anyone who acts like Charles Oakley did will get thrown out and banned from Madison Square Garden, and that Oakley never should have made it to his seat.