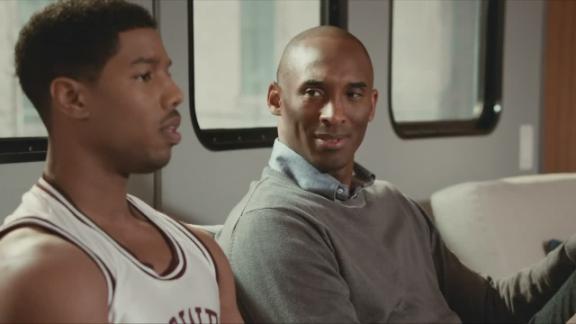 ESPN
By Darren Rovell
Kobe Bryantappeared in an Apple commercial that aired for the first time during Sunday afternoon's broadcast of the Los Angeles Lakers-Houston Rockets game.

In the spot called "Father Time," Bryant is in a trailer talking to actor Michael B. Jordan, who is dressed in Bryant's high school jersey and playing him in a fictional movie about his life.

Bryant, originally told that Jordan is playing the young version of him, is greeted with the news that Jordan will be playing his entire life.

"I'm playing you all the way through, with makeup and prosthetics and all that," Jordan tells him.

After seeing a scene for the film, in which Jordan plays a "Benjamin Button" version of Kobe, Bryant kicks Jordan out of his trailer.

The two use Apple TV and the new Siri vocal recognition remote to show highlights and a film scene.

Sources said the spot with Bryant is a one-off rather than a full endorsement relationship.

The $149 Apple TV went on sale in September. This is the second in a series of ads meant to promote the technology.

After scoring a team-high 35 points in the Lakers' 130-110 loss to Houston, Bryant has two games left in his 20-year NBA career. His final game is Wednesday in Los Angeles against the Utah Jazz. 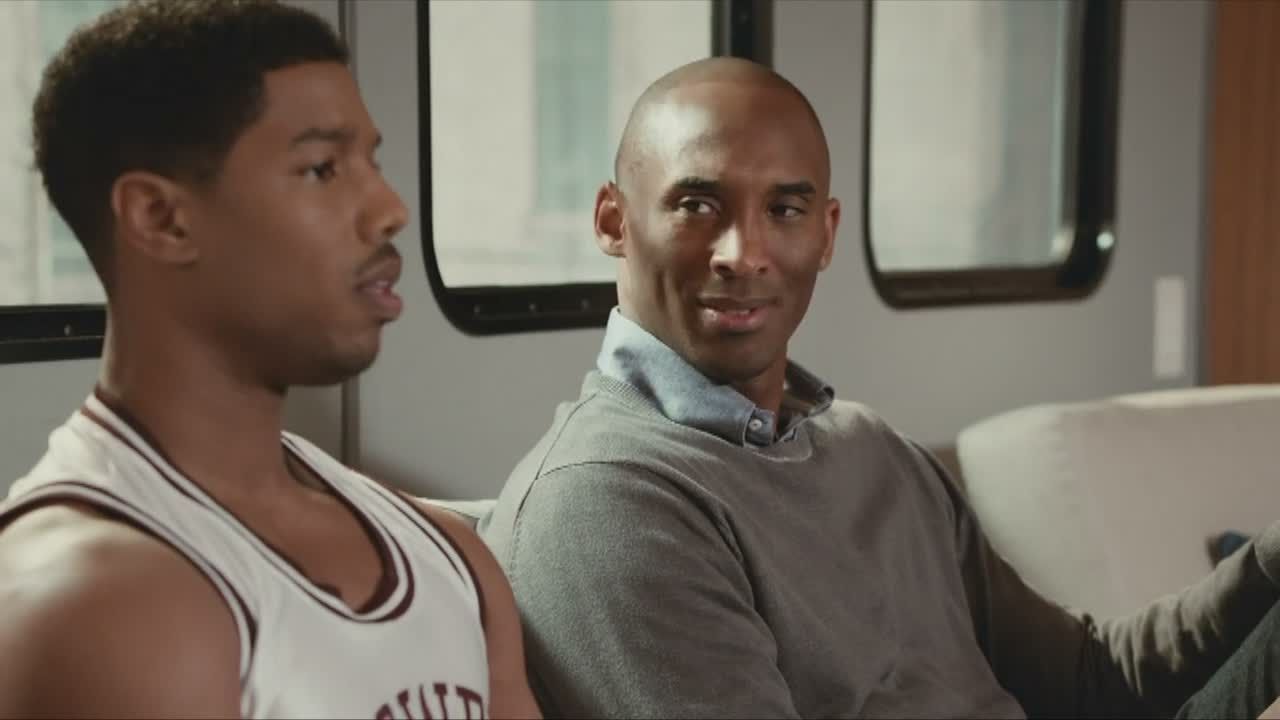