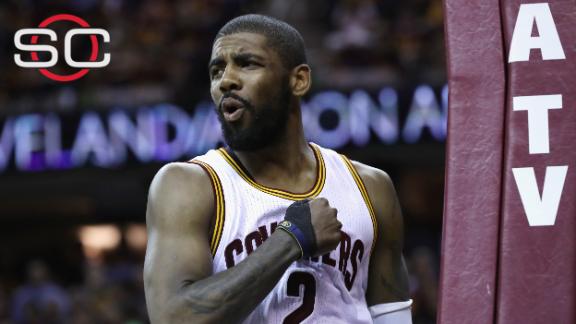 Sources told ESPN that Irving, after deliberating all week following the Cavaliers' championship run, has informed USA Basketball that he will be on the plane for Rio, completing the team's roster.

Irving, the MVP of the 2014 Basketball World Cup, averaged 19.6 points and 4.7 assists for the Cavaliers this season.

The Americans will be heavy favorites in Rio in a 12-team field to win their third successive gold medal under coach Mike Krzyzewski, who is ceding his post to Gregg Popovich of the San Antonio Spurs following these Games after a decade in charge.

The Vertical first reported Saturday that Barnes had accepted an invite to play for Team USA, joining Warriors teammates Thompson and Green.

Krzyzewski and his staff will hold a four-day training camp in Las Vegas from July 18 to July 21, and then the team will play five exhibition games, starting July 22 against Argentina and ending Aug. 1 against Nigeria. The Olympic basketball tournament will take place from Aug. 6 to Aug. 21 in Rio de Janeiro.