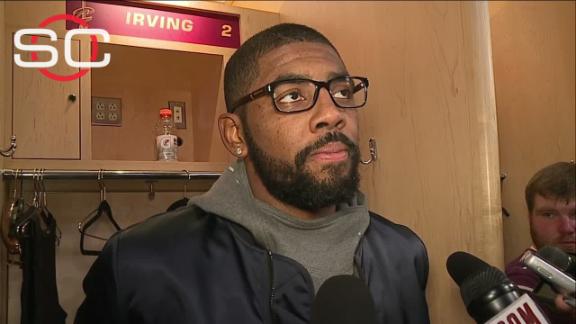 CLEVELAND -- Playing for the first time in 200 days,Cleveland Cavaliers starKyrie Irving was feeling nervous and rusty Sunday until an old rival fired him up.

Irving, who had been out since June as he recovered from a fractured left knee cap, missed his first five shots and was ineffective until Philadelphia 76ers guard Kendall Marshall challenged him in the third quarter of Cleveland's 108-86 win.

Marshall called for an isolation against Irving and tried to back his old rival down.

Marshall missed a turnaround jumper, and Irving got the ball and raced to the other end, whipping past Marshall with a Euro-step move.

Irving would score seven straight points and pick up a steal and an assist over the next several minutes, a burst that helped the Cavs finish off the Sixers.

"That kind of got me going," Irving said. "He tried to iso me on the right wing. That was pretty funny. That was going back to our high school days. I've known Kendall for a while now. Him trying to go at me, it was more or less a test."

Marshall and Irving's rivalry dates to high school and continued in college, with Marshall at North Carolina and Irving at Duke, though they never played against each other in college with Irving out for an injury.

After the slow start, Irving made five of his last seven shots and finished with 12 points, four assists and two steals in 17 minutes. He was on a tight restriction to play just four minutes per quarter, but not much more was needed against the Sixers, who lost their 10th straight game. The Cavs won their fifth straight.

Irving rode a stationary bike to attempt to keep loose while he was out of the game. He will continue to be on a minutes restriction as the Cavs ramp up his activity level.

"Obviously, the first game back we weren't trying to push it too hard, and I just wanted to go out there and see how it felt," Irving said. "Hopefully, every game I can progress and feel better."

It was the first time since April 26 that the Cavs were able to deploy Irving, LeBron James and Kevin Love in the same game. Love missed the last three rounds of the playoffs last season with a dislocated shoulder.

The Cavs are 34-3 since last January when all three are in the lineup.

The team also got Iman Shumpert back from a groin injury Sunday.

"We're almost there," said James, who had 23 points in a season-low 25 minutes. "Before the game we were in the hallway, and I saw so many familiar faces. Having Ky back after the six-month layoff was great because I know he was excited." 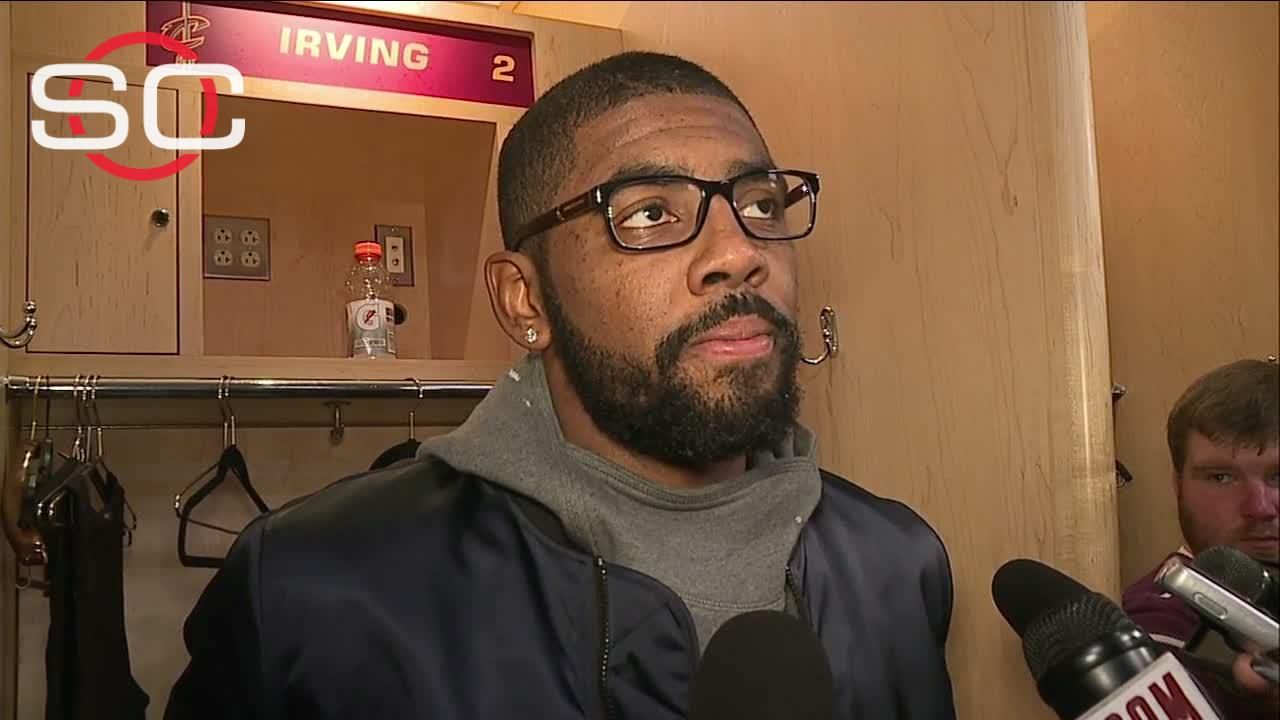 Irving happy to be back on court
Kyrie Irving discusses how it felt playing in his first game of the season after the Cavaliers' victory over the 76ers.