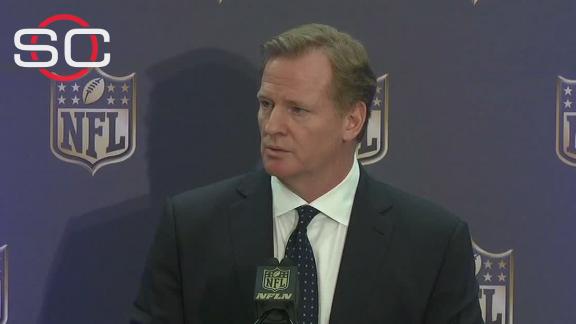 IRVING, Texas -- By the middle of January, the hope is the NFL will know which teams and how many will be calling Los Angeles home in 2016.

The owners will meet again Jan. 12-13 in Houston with the expectation that there will be a vote, after they heard from the owners of the St. Louis Rams, San Diego Chargers and Oakland Raiders at a Wednesday meeting at the Four Seasons Las Colinas Resort outside Dallas.

"Yes, from the way we left it in here,"Dallas Cowboysowner Jerry Jones said when asked whether he thought a final decision would be made in Houston. "I don't guarantee it, but I certainly think that that's what we're trying to head to, and I think it's important since we have the ability to put a team there -- or teams -- weought to do it."

New York Giants co-owner Steve Tisch said he expects they'll be locked in a room until "we get a decision January 13," andHouston Texansowner Bob McNair added, "One way or another, we're going to get this resolved."

NFL commissioner Roger Goodell said a vote at the Houston meeting is not mandatory. The Committee on L.A. Opportunities is expected to make a recommendation on the stadium proposals. St. Louis, San Diego and Oakland have until Dec. 28 to submit final proposals to the NFL.

"I am in favor of making sure this is done the right way," Goodell said. "The ownership has expressed their desire to get this done in a reasonable amount of time."

Jones has been a proponent of having a franchise in Los Angeles for years and is believed to be a backer of the plan in Inglewood, California, presented by Rams owner Stan Kroenke. Carolina Panthers owner Jerry Richardson has backed a plan in Carson, California, that would house the Chargers and Raiders.

Sources told ESPN that, at this point, there is zero chance of a partnership between Chargers owner Dean Spanos and Kroenke.

A source close to the negotiations told ESPN's Shelley Smith that the Raiders still believe they have a chance to move to L.A. and that they have a better chance with the Chargers than the Rams if paired on a stadium deal.

The Raiders and Chargers are set to meet with StubHub Center officials next week regarding training/game site operations, a source said. The StubHub Center is a multi-use sports complex located on the campus of California State University, Dominguez Hills in Carson.

Indianapolis Colts owner Jim Irsay said he did not believe any of the Los Angeles plans would have the 24 votes necessary to go forward, but that the feeling is two teams playing in the nation's second-biggest market would be preferable. Jones, however, said he could see just one team playing in Los Angeles.

With the January vote, the teams will have time to set up arrangements to play in 2016 that go beyond the football field, such as marketing deals and season-ticket sales. A delayed vote would make it more difficult for teams to start the process on those types of deals.

"If we don't have the consensus of all the ownership, then [a team] hasn't been there for 20 years, can it go another month or two months or a year?" Jones said. "What is the case, a fact, is that every time we're delaying this thing, the costs of doing what we really want to do in Los Angeles are significantly increasing."

ESPN's Shelley Smith and Jim Trotter contributed to this report.