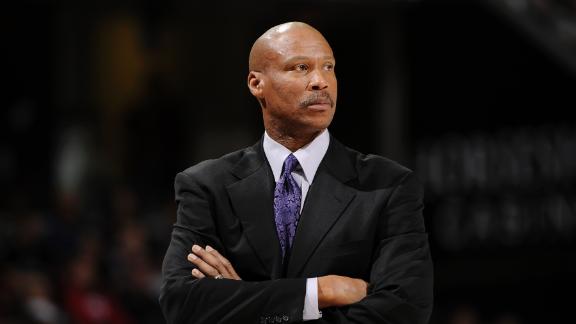 The Los Angeles Lakers have offered their head-coaching job to Byron Scott, according to league sources.

The two sides are now in negotiations on a contract.

The Lakers made Scott a verbal offer on Thursday after Scott spoke with owner Jim Buss. Scott and his representatives are reviewing the Lakers' offer.

Scott, a former Lakers star who won three titles playing next to Magic Johnson, has long been the front-runner for the job.

The Lakers have been without a coach since Mike D'Antoni resigned at the end of April. Scott interviewed for the job three times, but the organization prioritized the draft and free agency over hiring a coach.

Scott received a key endorsement from Lakers star Kobe Bryant, who played with Scott as a rookie in 1996 and has maintained a close relationship with him since.

Information from ESPN.com's Ramona Shelburne was used in this report.