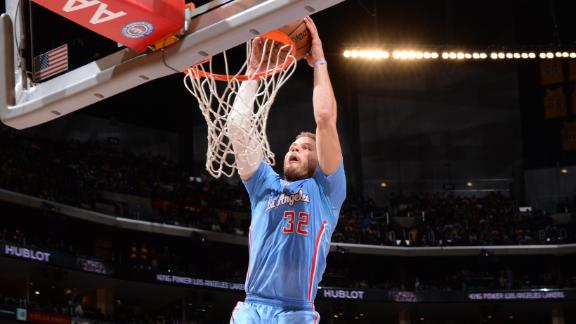 LOS ANGELES -- The Los Angeles Lakers set a franchise record for losses in a single season Sunday, losing their 56th game of the 2014-15 campaign, a 106-78 blowout, to the Los Angeles Clippers at Staples Center.


The Lakers' previous high for losses came last season, when they finished with a 27-55 record.


"Hopefully it doesn't sit well with those guys in the locker room, as well."


In all, it marks another low for the Lakers this season.


They were already eliminated from the playoffs for the seventh time in franchise history and it marks only the second time that they've missed the playoffs in consecutive seasons (1974-75 and 1975-76).


And in May, the Lakers are slated to participate in only their fourth draft lottery since it was introduced in 1985.