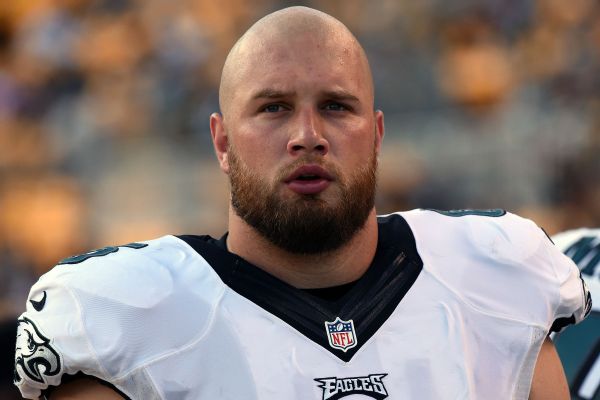 PHILADELPHIA -- Eagles right tackle Lane Johnson has filed a complaint against the NFL and the NFL Players Association in federal court with a motion to vacate the arbitration award concerning his 10-game suspension.

Johnson was officially suspended in October for violating the performance-enhancing drugs policy for a second time. Upon his return in December, he strongly hinted that he would be taking action.

As a result of the suspension, the remaining guaranteed money from the five-year, $56 million contract Johnson signed this offseason was voided. He can still earn that money, but it will be on a year-to-year basis and dependent on whether the Eagles keep him on the roster.

In a statement, Johnson's attorney, Steve Zashin, said that the complaint asserts that the arbitration following Johnson's appeal of the 10-game suspension was a "sham proceeding."

"Although the 2015 Policy on Performance Enhancing Substances ("2015 Policy") required a minimum of three arbitrators-there were only two," said Zashin. "In addition, the 2015 Policy required that any arbitrator assigned to hear appeals was not otherwise affiliated with the NFL and NFLPA. That requirement was not followed.

"This case is harsh example of an employer and union who have chosen to withhold and manipulate the terms and conditions of employment in violation of the law. Such conduct is also in direct contravention of the 2015 Policy's express requirements of 'transparency' and 'fairness.'"

Johnson filed charges against the NFL and NFL Players Association with the National Labor Relations Board back in November. He criticized the NFLPA for not standing up for the players when word of the suspension first came down during the summer. He believes the positive test was the result of taking an amino acid he purchased online that was contaminated. Johnson said at the time that he checked the contents on the label with an app provided by the NFLPA.

"Lane feels very strongly that justice was not served in this matter and that a Federal Court Judge should review the facts and make an informed determination," said Johnson's agent, Ken Sarnoff, via text message.

His absence proved devastating for the Eagles, who were 5-1 with him in the lineup and 2-8 without him.

"I think the next [collective bargaining agreement], I think they're will be a lot of things changed," Johnson said in December.

Johnson said he believes the process related to a failed drug test should move along more quickly. "You see a lot of voices, like Richard Sherman, who disapprove of how things go on. So I think a lot of things will change come 2020."
Related topics:
sportsespncomplaintnflphiladelphia eaglessuitrichard shermanperformance enhancing drugssuspensionlane johnson
Copyright © 2022 ESPN Internet Ventures. All rights reserved.
TOP STORIES
Building owner charged in fire that led to firefighter's death
Witness: Trump grabbed steering wheel, demanded to go to Capitol
Carry permits expected to skyrocket in NJ after SCOTUS ruling
Neighbors tired of pickleball noise: 'It's as loud as a rock concert'
Epstein associate Ghislaine Maxwell sentenced to 20 years in prison
Off-duty corrections officer robbed, carjacked in Philadelphia
SCOTUS abortion decision: Women of color will likely be most impacted
Show More
Bryce Harper set for thumb surgery, Phils hope he plays this year
Black bear dies after getting stuck inside hot car in Tennessee
$6 billion will be infused into Navy Yard to make it a 'destination'
Grandmother of Uvalde school shooter released from hospital
Photos released of vehicle sought in Bridgeton hit-and-run
More TOP STORIES News