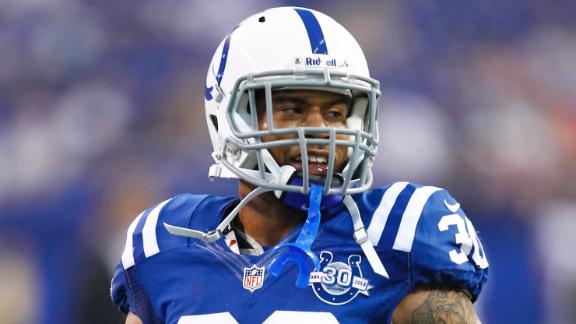 INDIANAPOLIS --Colts safety LaRon Landry has been suspended without pay for four games for violating the NFL's policy on performance-enhancing substances.

Landry is eligible to return to the active roster Oct. 27, the day after the Colts play at Pittsburgh.

Landry's suspension came on the same day that linebacker Robert Mathis, who was suspended four games for taking PEDs, was eligible to return to the team's facility. Mathis is out for the remainder of the season because of a torn Achilles tendon, which he suffered while he was working out during his suspension.

Landry, who had a disappointing first season in Indianapolis, has 23 tackles and a sack through the first four games.

Unless the Colts sign a player ready to step in right away, Sergio Brownlikely will start at safety Sunday alongside Mike Adams against Baltimore, which has the league's sixth-ranked offense.

Supplement company MusclePharm also stripped Landry off its website Monday night. A photo and bio of Landry are no longer listed under its athletes section. The company has not responded to a request for comment.