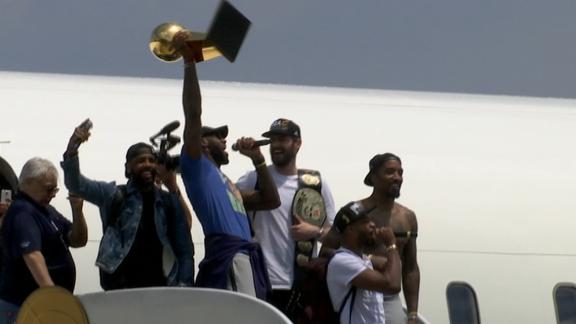 And that's just what he did on Monday afternoon -- literally.

James and the Cavaliers arrived in Cleveland just after 12:30 p.m. ET to great fanfare at Hopkins International Airport. James, wearing a T-shirt emblazoned with the words "Ultimate Warrior," emerged from the plane with the Larry O'Brien Trophy in hand, causing thousands of fans in attendance to go crazy.

"This is for you, Cleveland,'' James shouted into a microphone.

He then paraded the trophy around the perimeter of a fence that separated the team charter from the fans, who chased after him in droves to get a closer look.

The Cavs captured the first major sports title in Cleveland since 1964 on Sunday night by beating the defending champion Golden State Warriors in Game 7 of the NBA Finals.

Traffic was so bad on nearby roadways that many fans just got out of their cars and walked to the location.

Cavs coach Tyronn Lue, who took over the team in late January, and several other players paused at the top gangway to film and absorb the wild scene below as fans let loose. FollowingKyrie Irving and a shirtless J.R. Smith, James was the last player to come through the plane's door.

Former Cavaliers guard Austin Carr attempted to convey a feeling he shared with so many Clevelanders.

"To finally win a championship, coming out on top, there's no feeling like this in the world,'' said Carr, the team's first draft pick and now a broadcast analyst. "I've cried so much, I can't stop. I've been walking on air.''

Moments later, Carr, known as Mr. Cavalier, couldn't contain himself during a TV interview and sobbed. "This,'' he said, "means everything." 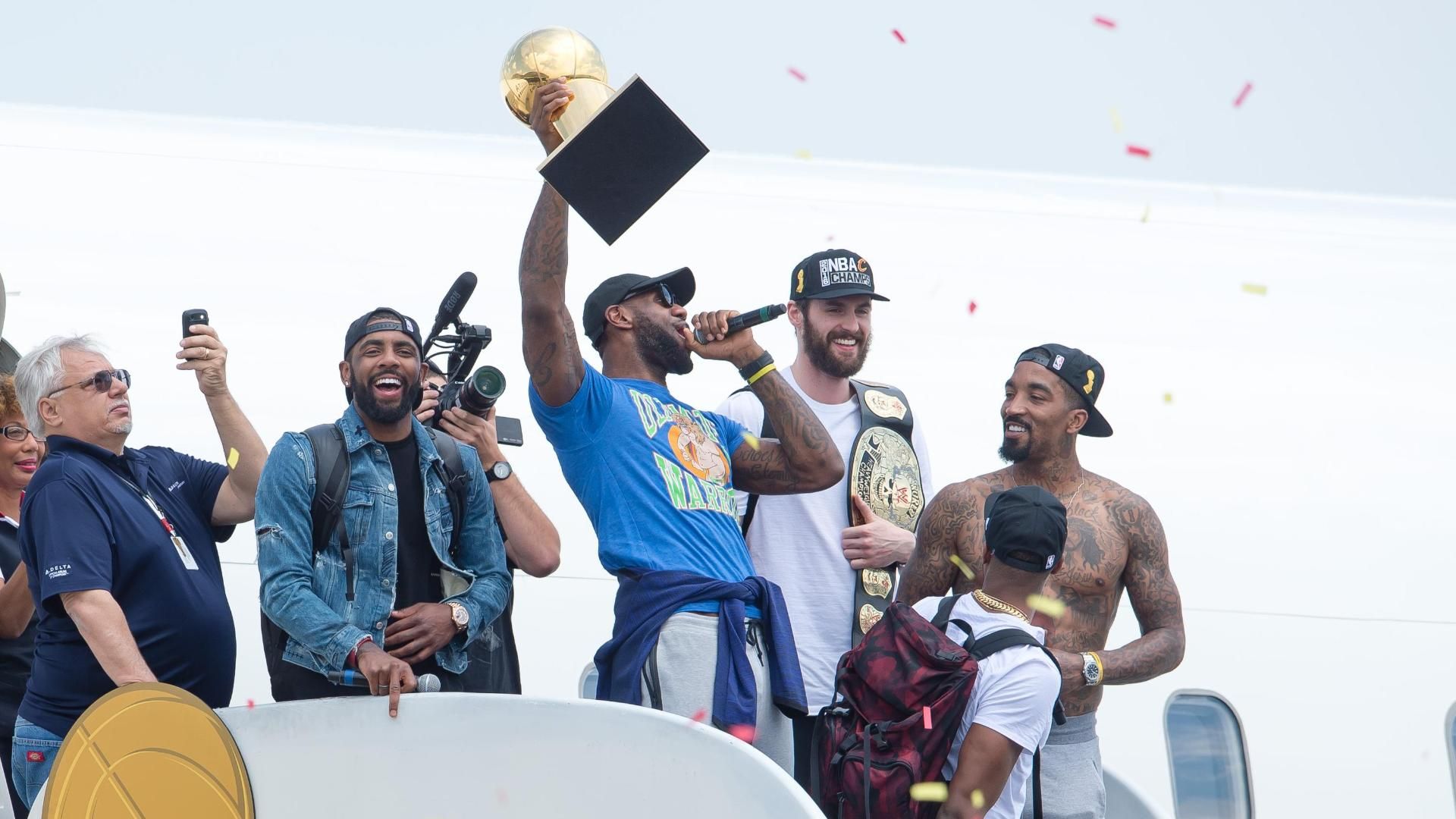