LeBron James on social activism: 'We all have to do better'

Carmelo Anthony, Chris Paul, Dwyane Wade and LeBron James took the stage together at the Microsoft Theatre in Los Angeles and urged their fellow athletes to be active socially.

"Generations ago, legends like Jesse Owens, Jackie Robinson, Muhammad Ali, John Carlos and Tommie Smith, Kareem Abdul-Jabbar, Jim Brown, Billie Jean King, Arthur Ashe and countless others, they set a model for what athletes should stand for," said Paul, theLos Angeles Clippers' star point guard. "So we choose to follow in their footsteps."

The message comes after high-profile shootings in Dallas, Orlando and Baton Rouge, Louisiana.

"The system is broken, the problems are not new, the violence is not new, and the racial divide definitely is not new, but the urgency for change is definitely at an all-time high," said Anthony, the New York Knicks star who has been outspoken in the wake of the high-profile shooting deaths last week of two African-American men and five Dallas police officers.

Added Wade, who recently agreed to a deal with his hometown Bulls in Chicago, where violence has surged in recent years: "The racial profiling has to stop. The shoot-to-kill mentality has to stop. Not seeing the value of black and brown bodies has to stop. But also the retaliation has to stop. The endless gun violence in places like Chicago, Dallas, not to mention Orlando, it has to stop. Enough. Enough is enough."

James, who went on to win five ESPYS, including best male athlete and best NBA player,closed the speech by calling out to all athletes.

"Tonight we're honoring Muhammad Ali, the GOAT," he said. "But to do his legacy any justice, let's use this moment as a call to action to all professional athletes to educate ourselves, explore these issues, speak up, use our influence and renounce all violence and, most importantly, go back to our communities, invest our time, our resources, help rebuild them, help strengthen them, help change them. We all have to do better."

ABC will air a Town Hall meeting with President Obama on Thursday at 8 p.m. ET from Washington, D.C. "The President and The People: A National Conversation" will be shown commercial-free on ESPN and ABC, and streamed online at Watch ESPN and Watch ABC. 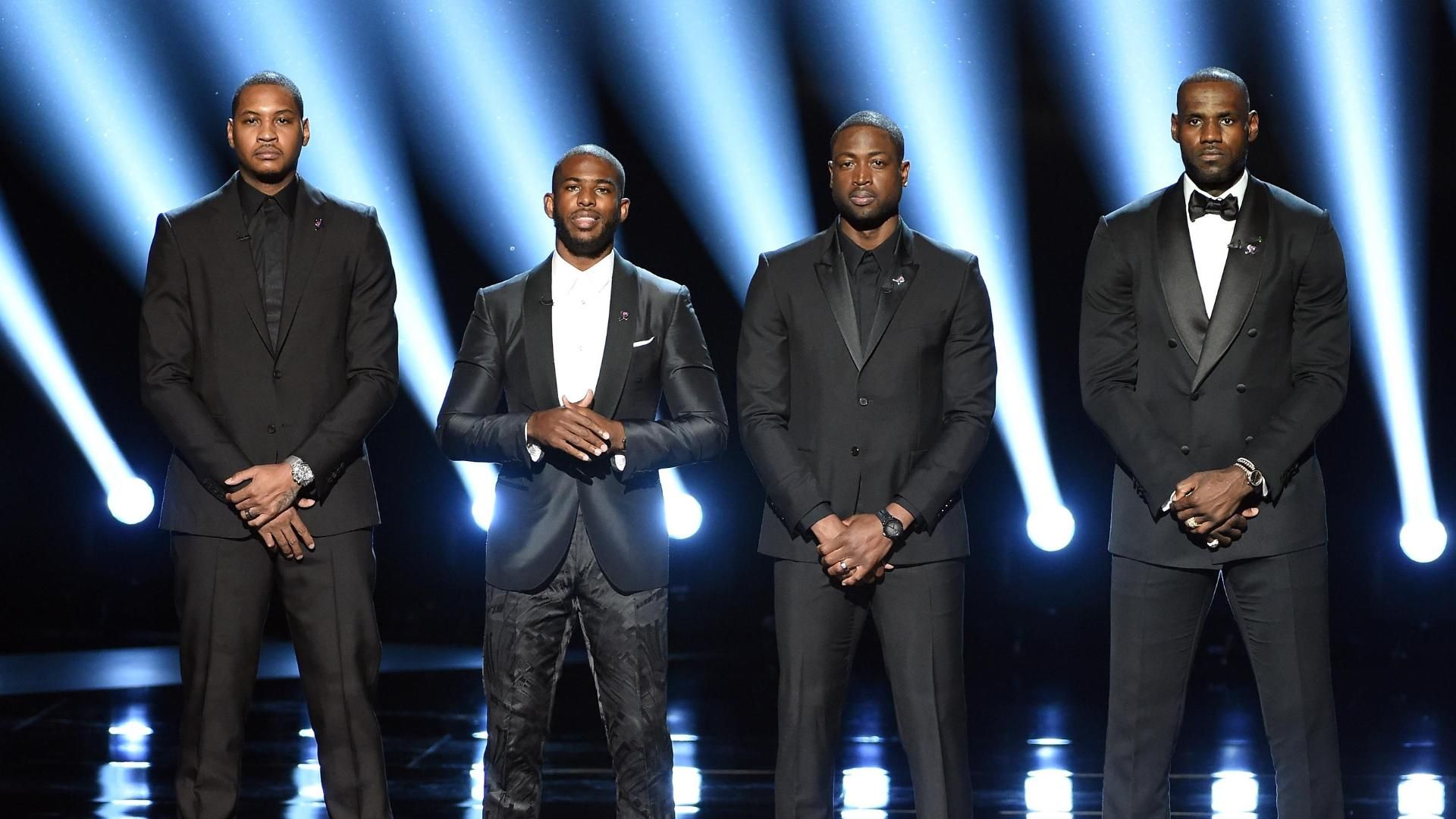