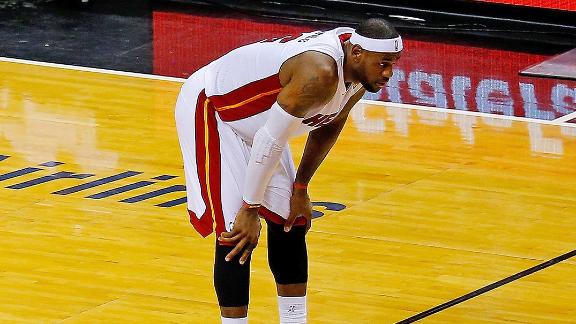 James has been methodical in his approach since opting out of his contract two weeks ago. He has a plan in place, which included a family vacation and time to watch how the free-agent market unfolds.

Rich Paul, James' agent, met in person and over the phone with a handful of teams last week including the Cleveland Cavaliers, Los Angeles Lakers, Dallas Mavericks and Houston Rockets.

James is planning to meet with several teams face-to-face this week. He is scheduled to be in Las Vegas for a Nike-sponsored camp this week as well.

Monday would seem difficult, unless James' schedule changes. He has a commercial shoot planned and was expected to travel to Las Vegas later in the day for his annual camp with some of the nation's best young basketball players, an event that opens Wednesday. James also has been planning a trip to Brazil for the World Cup final on July 13, two people familiar with the situation told The Associated Press late Sunday night.

James' representatives have made it clear they are looking for a maximum-level contract, which would start at approximately $20.7 million.